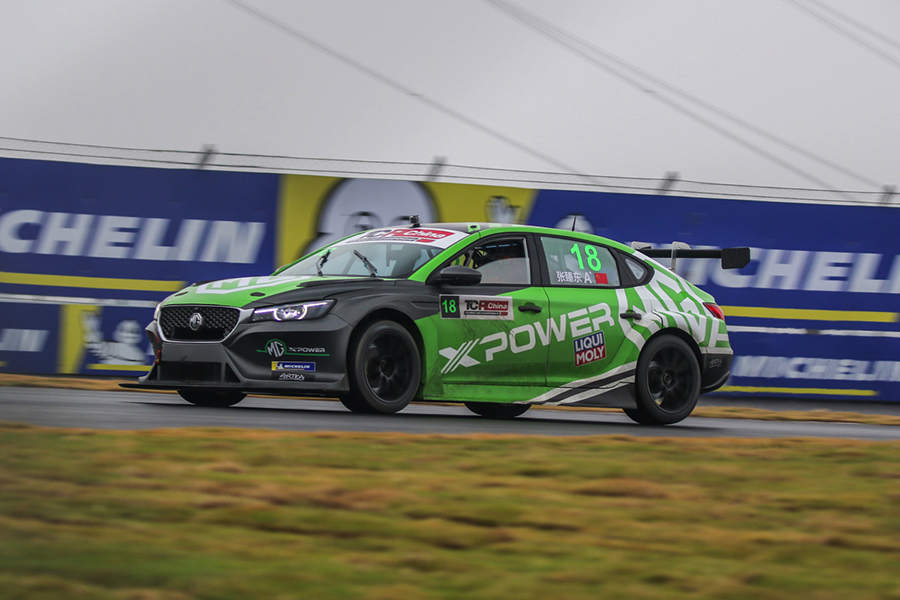 The MG 6 XPower TCR has successfully undergone the homologation process and has been granted the necessary certificate issued by the WSC Technical Department.
Developed in China by the Shanghai-based 333 Racing Club from the road-going MG 6 model that was launched in 2017 by SAIC Motors, the racing car was first unveiled at the Shanghai Auto Show and then went through testing at the Shanghai International Circuit and Tianma International Circuit.
Two MG 6 cars took part in the second half of the TCR China championship with a temporary homologation. The WSC certificate now makes the car eligible to participate in this weekend’s Touring Car Cup of the FIA Motorsport Games at Vallelunga. Two MG 6 XPower cars are entered, by Team China for Zhang Zhen Dong and Team Great Britain for Rory Butcher.
The homologation process included engine tests on the dynamometer bench at ORAL Engineering and aerodynamics tests in the Pininfarina wind tunnel that provided the information for determining the Balance of Performance. At Vallelunga the MG cars will run at the minimum weight of 1265kg, with 100% of engine power and 80mm of ride height.