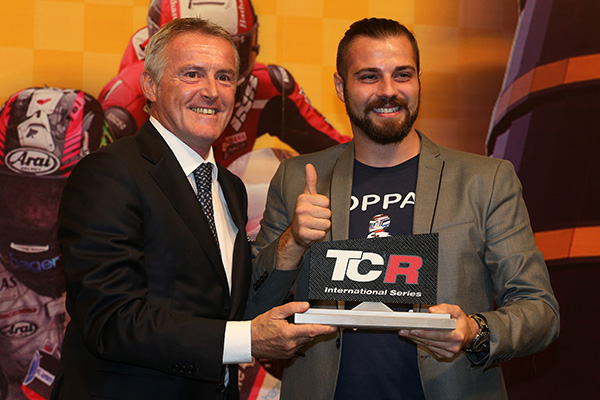 The night of the TCR International Series awards

The maiden season of the TCR International Series was sealed yesterday night in Macau with the awards for the Drivers’ and Teams’ Championships.
The prize giving ceremony took place at the Macau Tower and followed the presentation of the trophies for the Macau Guia Race to Stefano Comini (winner), Andrea Belicchi (second) and Mikhail Grachev (third).
The series promoter Marcello Lotti was then called on the stage to present the TCR Drivers’ awards to Stefano Comini, Pepe Oriola and Jordi Gené.
The presentation of the Teams’ awards followed, with Markus and Andreas Gummerer collecting the winning trophy for Target Competition, Richard Coleman for Craft-Bamboo Lukoil (second) and Greger Petterson for WestCoast Racing (third).
Celebrations for the end of the season continued later at the Bellini bar in the Venician hotel.