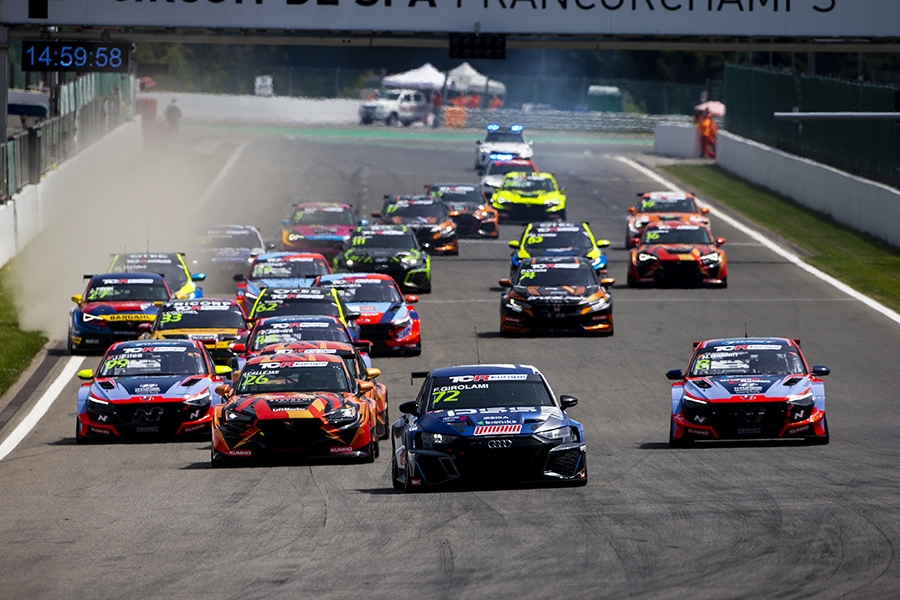 Two weeks after the previous race weekend at Spa-Francorchamps, the TCR Europe field tackles the series’ only street circuit at the Norisring this weekend. The event marks the halfway point of the season and sees TCR cars racing on the German track for the first time ever. The Norisring is a 2.3km course, with two long straights and only a handful of corners.

The six races held so far this year have witnessed six different winners, although championship leader Franco Girolami failed to become the season’s first two-time victor when brake fade meant he ran wide on the final lap of Race 1 in Spa and allowed Isidro Callejas to become the series’ youngest-ever race winner.

With Girolami's teammate Tom Coronel - who is second in the standings, 31 points behind the Argentine - forced to skip the Norisring event for a clashing commitment, Klim Gavrilov is the Girolami's first pursuer with a gap of 52 points.

The first part of the season very much belonged to the championship’s younger drivers, with 20-year-old Jáchym Galáš taking the honours in Race 2 in Spa ahead of Mat’o Homola in the sister Janík Motorsport Hyundai Elantra N and the year’s very first race at Portimão seeing Jack Young, another 20-year-old, winning from his Halder Motorsport teammate Mike Halder.

Among the drivers yet to stand on the top step of the podium are Josh Files, the 2019 TCR Europe Champion, Pepe Oriola, the reigning TCR South America Champion, who has switched to a Hyundai Elantra N run by Aggressive Team Italia for the remainder of the season, and Mike Halder who is keen to repeat his two race victories in the TCR Denmark series last weekend.

The series welcomes returnee Stian Paulsen, who replaces Tom Coronel in the Comtoyou Racing Audi RS 3 LMS, and newcomer Patrick Sing at the wheel of the RaceSing-run Hyundai i30 N he regularly drives in the ADAC TCR Germany.