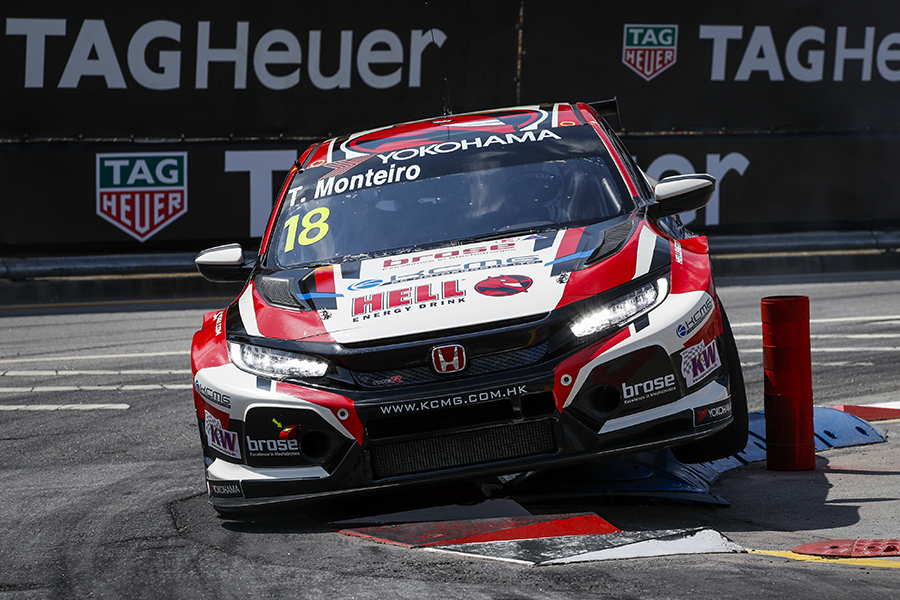 The WTCR weekend at Vila Real ended in a Portuguese jubilation as local hero Tiago Monteiro scored a famous victory in Race 3; his first in WTCR, two years after the crash in testing that had sidelined him for many months.
Monteiro followed his teammate and pole sitter Attila Tassi in the first laps of race, while the current points leader Esteban Guerrieri was eliminated in an incident with Nicky Catsburg that prompted the safety car into action. At the restart, the pace of Tassi’s car began to fade and the young Hungarian handed the leadership to Monteiro, but also the second place to Yvan Muller. The Hungarian youngster dropped down the order and then retired.
On lap 4, Muller made the joker lap and dropped to fourth behind Yann Ehrlacher and Mikel Azcona; on the following lap Monteiro and Ehrlacher served the joker lap themselves, the Portuguese rejoined in the lead ahead of Muller, while Ehrlacher lost third place to Azcona.
The four leaders pulled away from the rest of the field, maintaining the positions until Azcona made the joker lap and dropped behind Ehrlacher. And so they finished with Monteiro the winner in front of the cheering crowd.
After the race, Jean-Karl Vernay – who had finished fifth – was excluded for a boost pressure infringement.
In terms of the title fight, Thed Björk and Norbert Michelisz finished in eighth and tenth respectively, and so they closed a bit the gap from the scoreless Guerrieri.
The WTCR is now facing the summer break, before resuming at Ningbo, China on September 13/15.