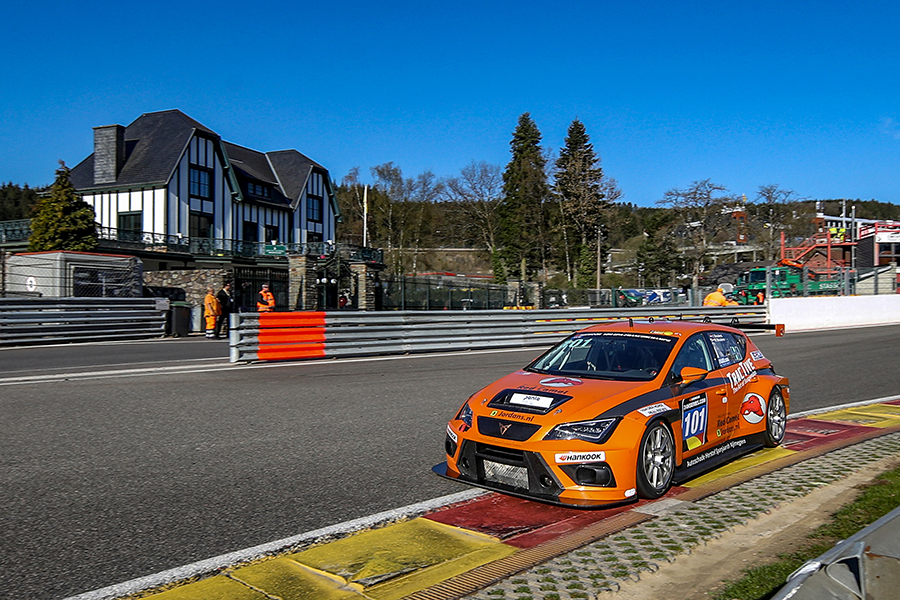 The orange CUPRA run by Red Camel-Jordans.nl won the 12H Spa-Francorchamps, the third event of the 24H TCE Series and the second awarding point towards the European title.
The Dutch team of Ivo and Rik Breukers with Francis Tjia had finished fourth yesterday in the 4-hour first part of the race, but they recovered in today’s 8-hour leg and emerged on top after a breathtaking fight with the Autorama Motorsport Volkswagen Golf GTI and the AC Motorsport Audi RS 3 LMS that had classified second and first yesterday.

In the end, Ivo Breukers crossed the finishing line almost a full lap ahead of Fabian Danz who shared the Autorama Motorsport by Wolf-Power Racing Golf with Jan Sorensen and Kristian Jepsen.
Stéphane Perrin drove the AC Motorsport Audi to finish third; despite holding the lead at the end of leg one, Perrin and his co-drivers Vincent Radermecker and James Kaye were still pleased to finish on the podium after an huge crash during Thursday’s test required the front end of the car to be completely rebuilt overnight.
The next round of the 24H TCE Series will be the 12H Brno, 24/25 May.