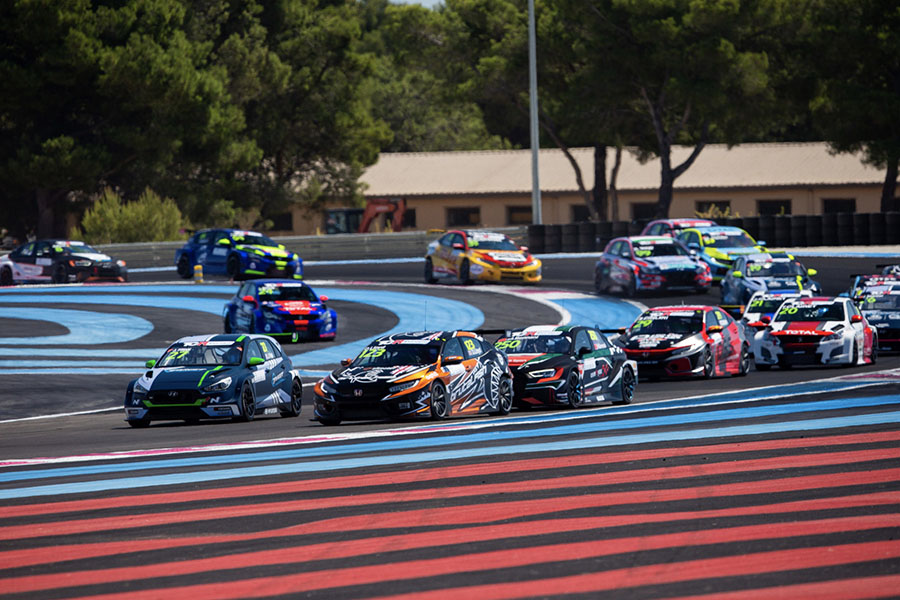 Three weeks after the season began at Circuit Paul Ricard, the TCR Europe resumes at Zolder for rounds 3 and 4.
Daniel Lloyd (Brutal Fish Racing, Honda Civic) has emerged as the first leader of the standings, thanks to his victory in the opening race, but he has mere a one-point margin over Mehdi Bennani (Comtoyou Racing Audi RS 3 LMS), while Teddy Clairet (Team Clairet Sport, Peugeot 308) lies only a further six points adrift.
Amongst those who will be fighting for victory in Belgium are Mike Halder (Profi Car Team Halder, Honda Civic) who won Le Castellet's Race 2, John Filippi and Andreas Bäckman (both Target Competition, Hyundai i30 N), the BRC Racing duo of Mat'o Homola and Dániel Nagy (Hyundai i30 N) and Lloyd's teammate Pepe Oriola.
Both races will be streamed live at www.tcr-series.com, Saturday at 15:30 and Sunday at 15:20 (local time CEST).