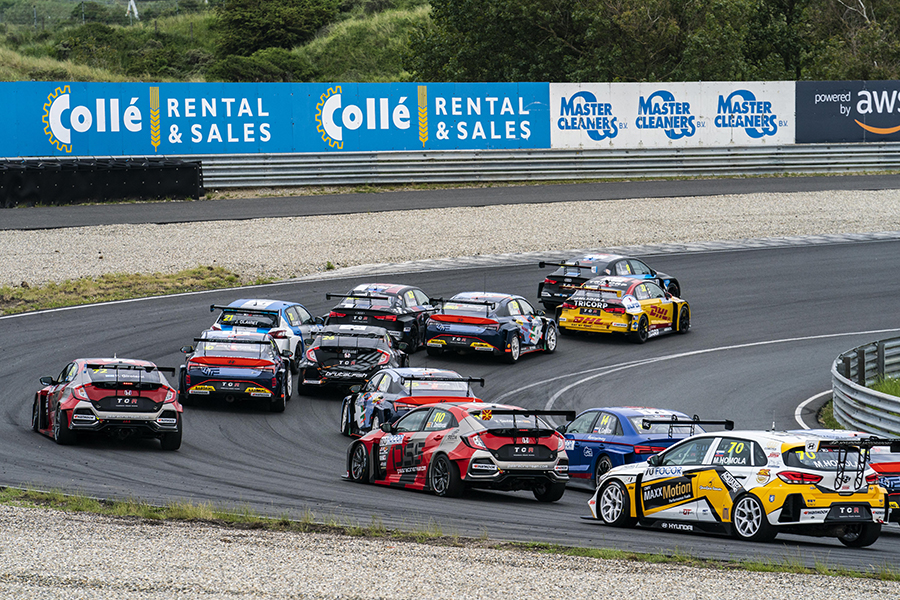 The TCR Europe season reaches its halfway point at Spa

The 2021 TCR Europe reaches the halfway mark this week when the series takes to the iconic Spa-Francorchamps circuit for Rounds 7 and 8. The high level of competition witnessed this year has seen six different winners from the six races held so far, which makes the Belgian event – and the eventual outcome of the series – difficult to predict.
The winner of the year’s opening race at the Slovakiaring, 2018 Champion Mikel Azcona, returns to the series after missing Zandvoort due to a clashing commitment in the new PURE ETCR series. The Spaniard won both TCR Europe races at Spa last year and so is one of the favourites in his Volcano Motorsport CUPRA Leon Competición.
With Race 1 victories in both 2018 and 2019, Spa has been a happy hunting ground for Audi in TCR Europe, so Tom Coronel will be hungry to repeat his Race 1 win at Zandvoort, while Nicolas Baert will carry Belgian hopes for both himself and Comtoyou Racing.
Peugeot 308 cars have enjoyed mixed fortunes at the Ardennes circuit, but race winners at Paul Ricard Teddy and Jimmy Clairet will be looking to emulate Julien Briché’s Race 2 victories in both 2018 and 2019. The two other drivers to have won races so far this year – Mehdi Bennani and Franco Girolami – will also be keen to add to their points totals in their Hyundai Elantra N and Honda Civic Type R respectively.
But as well as those six race winners, a whole host of drivers are looking to improve their title hopes. Dušan Borkovič in the third Comtoyou Audi, Bennani’s Sébastien Loeb Racing teammates Niels Langeveld, Sami Taoufik and Felice Jelmini and the two young Brutal Fish Racing drivers Jack Young and Isidro Callejas will all be fighting for podium places and potential race wins based on their recent performances.
The TCR Europe is part of the Spa 24-hour weekend and so, as usual, track activity will begin on Thursday, with Qualifying and Race 1 on Friday and Race 2 on Saturday.
The event will be streamed live on at www.tcr-series.com; Friday, Qualifying at 12:30 and Race 1 at 18:30; Saturday, Race 2 at 11:20 (CEST).