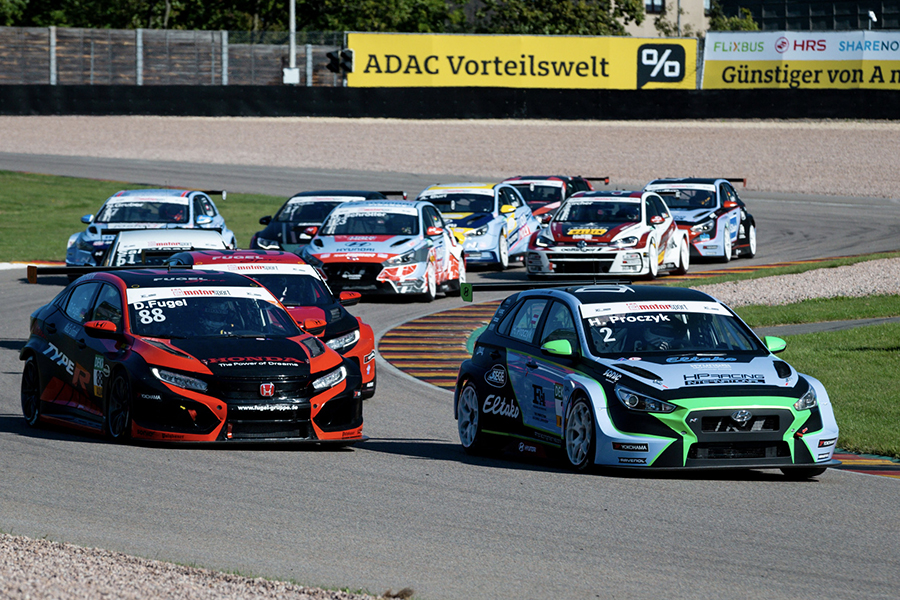 The TCR Germany resumes at the Red Bull Ring

TCR Germany moves to Austria for rounds 9 and 10 that take place this weekend at the Red Bull Ring, where local hero Harald Proczyk hopes for benefiting from the home ground advantage in his attempt to regain the title he had won in 2018.
Proczyk (HP Racing International, Hyundai i30 N) is currently second in the standings, 11 points behind the leader Dominik Fugel (Profi Car Team, Honda Civic Type R), while Antti Buri (Team Engstler, Hyundai i30 N) follows them in third position with a gap of 22 points.
Austria-based Wimmer Werk Motorsport rejoins with three CUPRA Leon Competición cars for Felix Wimmer, Günther Benninger and Christian Voithofer.
At Team Engstler, Mitchell Cheah replaces Nico Gruber who will be racing at the Hungaroring in the WTCR. The Malaysian youngster returns to TCR Germany after his participation in the full 2019 season, at the end of which he was classified 11th, finishing once on the podium.
Other new faces in the paddock will be Sandro Soubek (MAIR Racing Östtirol, Audi RS 3), also from Austria, who made an impressive TCR debut scoring three podium results in the TCR Eastern Europe, and sportscar and classic car racer Patrick Simon at the wheel of the guest Hyundai Germany's car run by Team Engstler.
Live streaming for both races at www.tcr-series.com: Race 1, Saturday at 17:05 and Race 2, Sunday at 9:35 (local times, CEST).