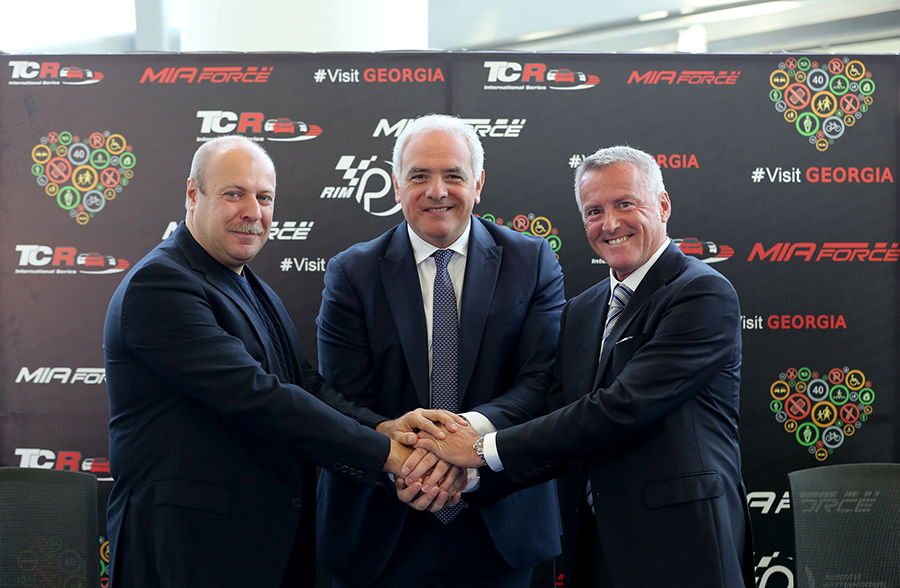 The TCR International Series will visit Georgia in 2017

“It has been a great privilege to be received by Georgia’s Minister of the Internal Affairs and it is a great pride for us to see that the whole Country is so keen on organising a TCR International Series round from next year. Georgia is a beautiful place and we believe that our event next year will attract a lot of motorsport fans,” Lotti said.

David  Nikoleishvili, Head of Legal Entity of Public Law - Service Agency of the Ministry of Internal Affairs of Georgia, commented: “Today is a special day for Georgia’s sports. The document signed by our Government and Mr Lotti marks a very important step towards the promotion of motorsports in our Country. And we are confident that this will help Georgia to establish itself among the nations capable of organising motorsport events at a top level.”

Abkhazava added: “It’s an historical moment for us, as next year’s TCR International Series event will open a new page for motorsports in Georgia. It is very important not only for those who work in the automotive industry, but for the whole Country. We are obviously very proud that our circuit will host the first ever motorsport international event in Georgia.”