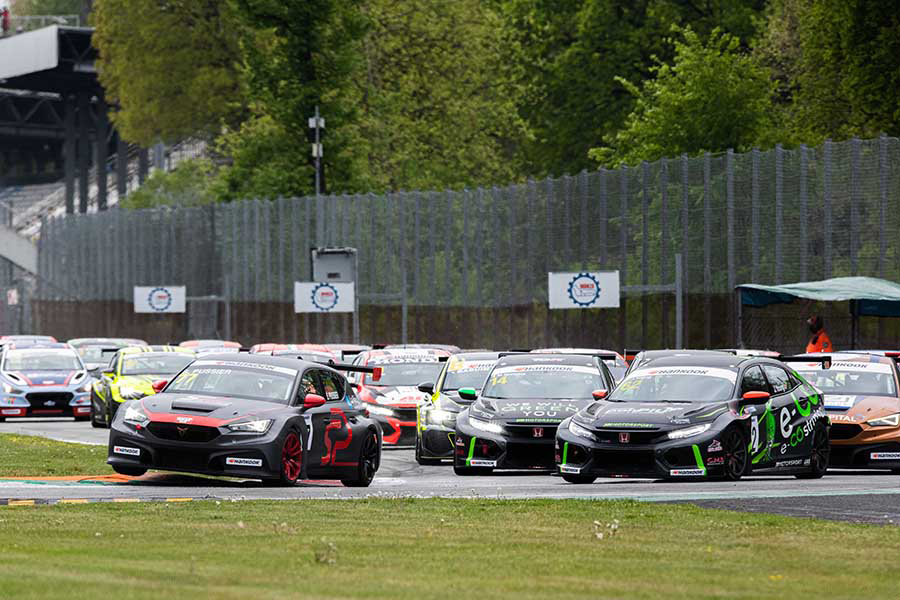 Two weeks after the season opener at Monza, TCR Italy takles another iconic circuit at Imola, where Salvatore Tavano has the opportunity to benefit from the absences.

After winning Monza's Race 2, the CUPRA driver is placed second in the standings, two points behind Jack Young and six clear of Kevin Ceccon who both miss Imola. The Ulsterman made a guest appearance in preparation of his TCR Europe campaign and finished second in both races driving a MM Motorsport Honda Civic. Ceccon, twice third in Monza with the Aggressive Team Hyundai i30 N, will be making his debut in the FIA ETCR at Pau. Ceccon is replaced by Luca Lorenzini, while Manuel Bissa takes over the Honda that Young drove at Monza.

Tavano's first rival is expected to be Niels Langeveld, who won the first race in Monza with the Target Competition Hyundai Elantra N; the Dutchman is fourth in the standings, 22 points behind Young and is eager to make up from the disappointment of retiring in the second race after a collision.

Other drivers to watch are the pair of Estonians Ruben Volt and Mattias Vahtel in the ALM Motorsport Honda Civic cars, Denis Babuin who vanished his pole position in Monza when stalled at the start with the Audi RS 3 LMS II run by Bolza Corse, Sylvain Pussier, the early leader of Monza's Race 2, in his SP Compéticion CUPRA and Jonathan Giacon with his Tecnodom Sport Fiat Tipo that showed good potential.