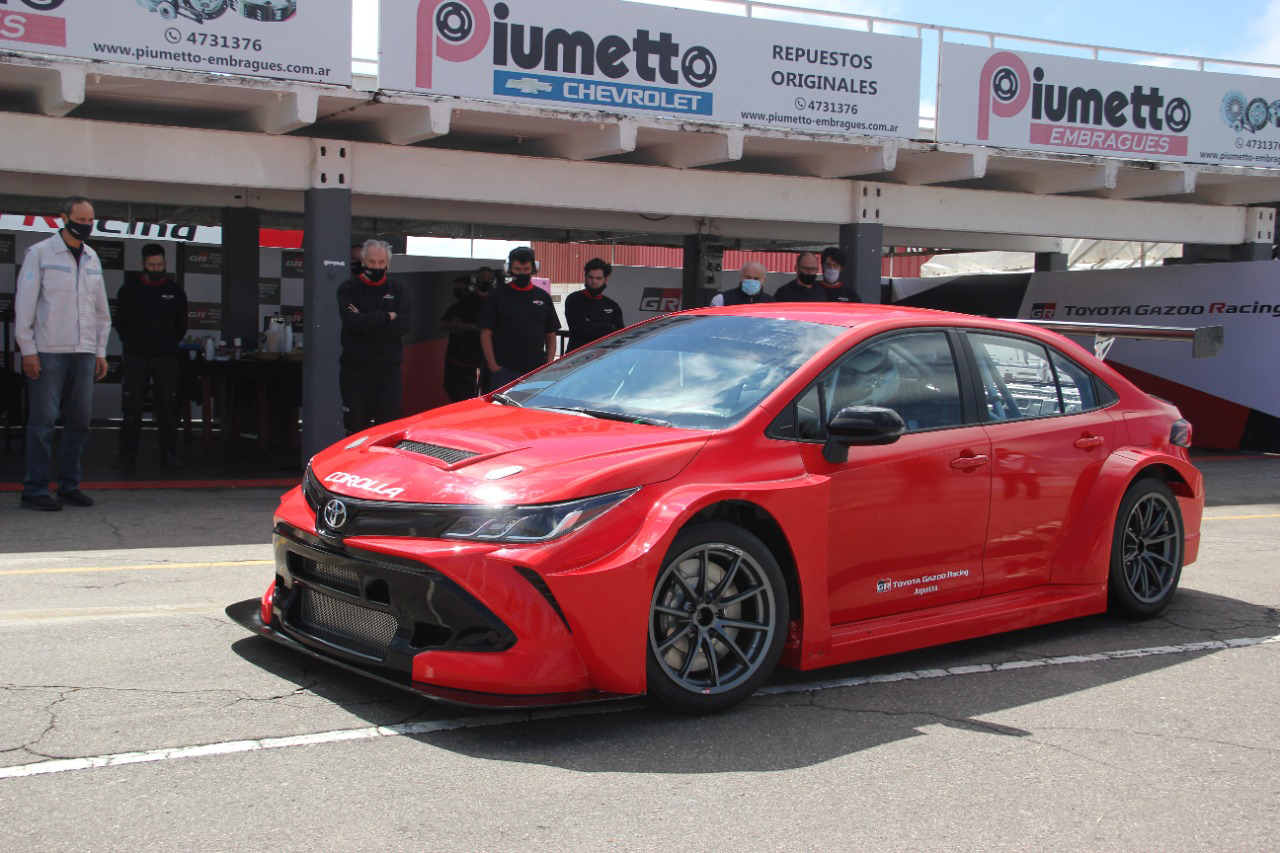 The Toyota Corolla Sedan TCR underwent its first track tests at the Autódromo Oscar Cabalén in Alta Gracia, Argentina.
The car was the first prototype built by the Argentina-based TOYOTA GAZOO Racing that will exclusively produce and market the Corolla for TCR competitions all over the world.
These first two tests were completed on December 15 and 20, as the first steps of the homologation procedure that will lead to the car being certified by WSC for competing in all the TCR-sanctioned series, including the FIA WTCR.
Massimo Garbin supervised both tests as representative of the WSC Technical Department.
The first to drive the Toyota Corolla TCR was Daniel Herrero, President of Toyota Argentina and Chief Officer of TOYOTA GAZOO Racing Latin America, who then handed the wheel to Matías Rossi who has clinched nine titles in all Argentine Touring Car categories over the last fifteen years.

“The first impression of the Corolla TCR was outstanding. The tests we have done with Matías were demanding but positive. I liked the engine response, cornering speed and braking. I am proud to have been the very first one to drive it. I can assure that the car has great potential,” Herrero commented.

Marcello Lotti, WSC Group President said: “I am delighted to see that the Toyota Corolla Sedan TCR has successfully undergone its first test sessions entering in the development phase of the ambitious programme carried on by TOYOTA GAZOO Racing. The car is beautiful and looking at the results previously achieved by the team in other categories I am sure it will quickly prove its potential. I can’t wait to see it taking the track for the actual racing. Considering the appeal of the Toyota brand I believe that soon we will see a lot of Corolla TCR cars racing on the tracks all over the world.”