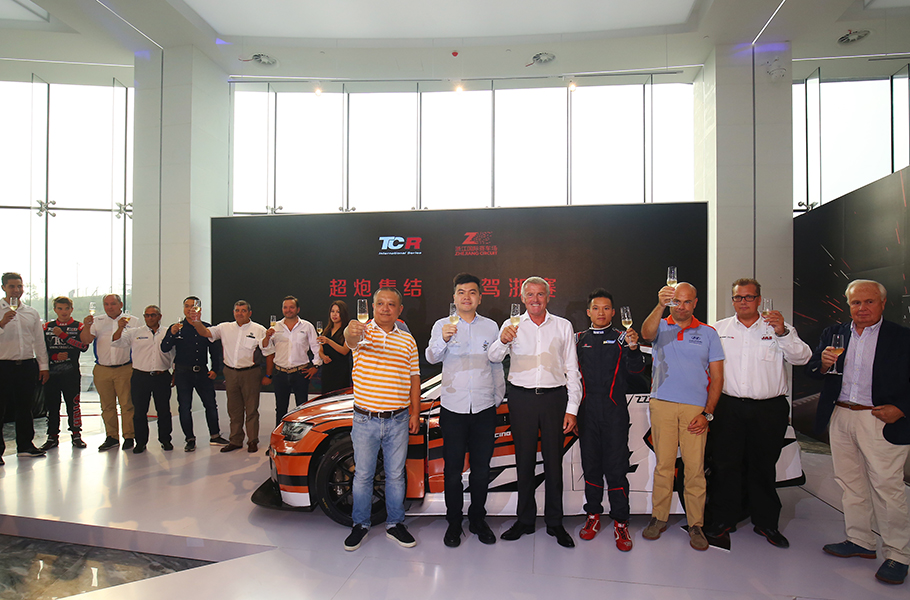 The Zhejiang Circuit is ready to welcome TCR

The brand new Zhejiang Circuit is ready to welcome the TCR International, Asia and China series that will feature in a joint race meeting on October 7 and 8.
The first international event ever hosted by the Chinese racetrack has been officially launched today during a press conference that was attended by more than one hundred media representatives and a large group of guests from the manufacturers and teams.
Among them were Hyundai Motorsport driver and former World Touring Car champion Gabriele Tarquini, the current leader of the TCR International Series Attila Tassi and double China Touring Car champion Zhang Zhen Dong.

TCR promoter Marcello Lotti said: “We are especially proud to be the first international series to visit Zhejiang. Since the TCR International Series was launched in 2015, we have always been happy to race at new venues and when we visited the Zhejiang Circuit for the first time we were amazed by the state-of-the-art facilities and the enthusiastic competence of its management and personnel. I am pretty sure that this will become one of our teams’ and drivers’ favourite venues.”

The circuit’s founder Kevin Jiang stated: “Together with our partners we have worked hard to bring TCR to the Zhejiang Circuit. And we are proud we have been successful. I am a big fan of TCR, as I believe it is the perfect platform for the manufacturers to showcase the production models to young customers. And therefore we believe that the TCR event will attract a large number of fans from all over China, eager to watch world class Touring Car drivers racing at the wheel of their favourite cars. The TCR event at Zhejiang will be a big party!”