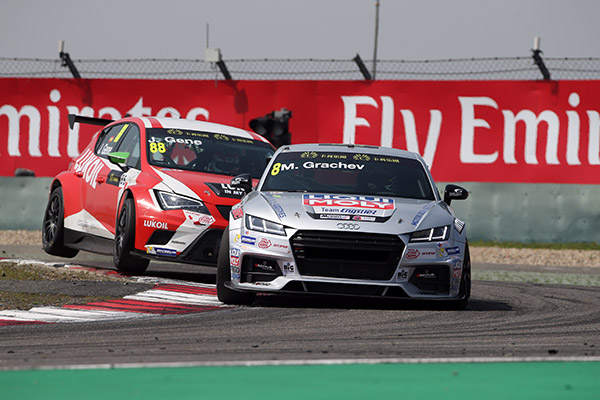 Mikhail Grachev saw his Race 1 efforts vanished by a penalty he was given by the Stewards of the Meeting.
The Russian driver had finished the race in sixth position at the wheel of his Liqui Moly Team Engstler Audi TT, showing the potential of the German car. During the race Grachev was involved in exciting battles with Jordi Gené and Andrea Belicchi; on lap seven him and Gené made contact at the last turn, which cost the Spaniard a couple of positions.
The Stewards deemed Grachev guilty for causing the collision and imposed him a drive-through that resulted in a post-race 30-second time penalty, which dropped him from sixth to 14th.