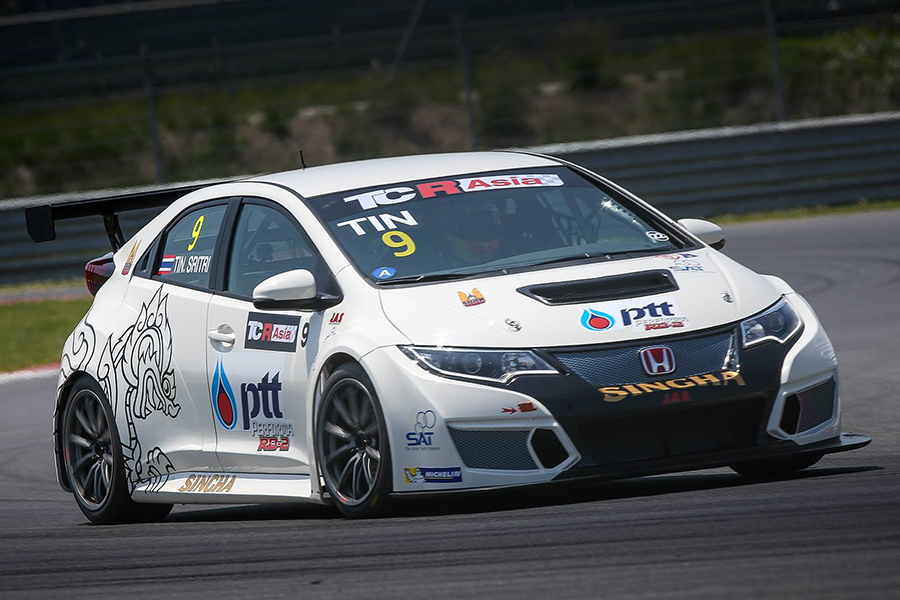 Tin Sritrai and his Team Thailand Honda Civic have claimed the first pole position of the season in the TCR Asia Series.
At Yeongam’s Korea International Circuit, the Thai driver had already topped the time sheet in yesterday’s three testing sessions and this morning’s first practice. During qualifying Sritrai posted a fastest lap of 2:22.714 in Q1 and then significantly improved him in Q2, clocking a 2:21.137 that was by far the fastest of the field and granted him pole position for tomorrow’s Race 1.
Two Volkswagen drivers qualified in second and third: Kevin Tse of TeamWork Motorsport (2:22.295) and Andy Yan of Liqui Moly Team Engstler (2:22.856), while Henry Ho placed his Champ Motorsport Honda Civic in fourth (2:23.006).
The first SEAT León was the Viper Niza Racing’s driven by Roelof Bruins, fifth with a lap of 2:23.489.
The first race will take place tomorrow at 12:45 local time (05:45 CET) and will be streamed live at www.tcr-series.tv.