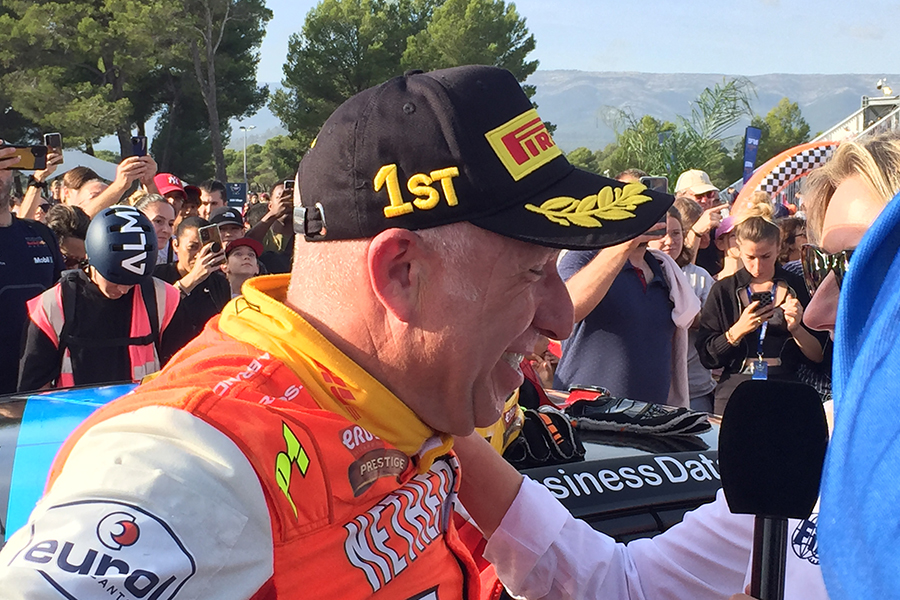 Tom Coronel won the Gold Medal for the Netherlands in the Touring Car Cup of the FIA Motorsport Games at Circuit Paul Ricard. The Dutchman inherited the lead at the end of the first lap, when his Comtoyou Racing teammate Gilles Magnus retired with a broken driveshaft. After that, Coronel built a small gap while Teddy Clairet and Jack Young were fighting behind him, then he pushed to maintain the advantage when Young broke free of Clairet and finally controlled the pace after the Team Ireland’s driver was given a penalty that dropped him to third behind Isidro Callejas.

Once again Magnus made a perfect start from the pole and led ahead of Coronel, while Clairet jumped Young, moving from P4 on the grid to third. At the end of lap 1, Magnus slowed and pulled up along the pit wall, and Coronel inherited the lead ahead of Clairet, while Ignacio Montenegro overtook Young for P3. The latter was closely chased by Callejas, Valters Zviedris and Andy Yan. Further back, Aaron Cameron, Chris Smiley and Gabriel Lusquiños were fighting for the positions between eighth and tenth.

In lap 4, Young overtook Montenegro, advancing to third. The young Argentine lost another place to Callejas in the following lap. Meanwhile, Young had closed the gap to Clairet, with Callejas joining them in the battle for P2. Andreas Bäckman who had started from P15 was elbowing his way through the field and passed Cameron, Lusquiños and Smiley, climbing to eighth.

In lap 7, Young dived to the inside of Clairet, their cars clashed and Young took the second place; Callejas seized the opportunity and passed Clairet for third. In lap 10, Clairet’s Peugeot slowed and retired; Young pushed to the limits, trying to get closer to the leader, but Coronel too increased his pace and kept him at safe distance. Then, Young received a five-second penalty for making contact with Clairet, which took the pressure away from Coronel who could control the race until the end. He crossed the line 1.2 seconds ahead of Young, who was dropped to third behind Callejas. Montenegro and Zviedris were classified fourth and fifth. The last thrills were provided by Bäckman, who passed Yan for P6 and Raphael Reis who went off with a flat tyre.