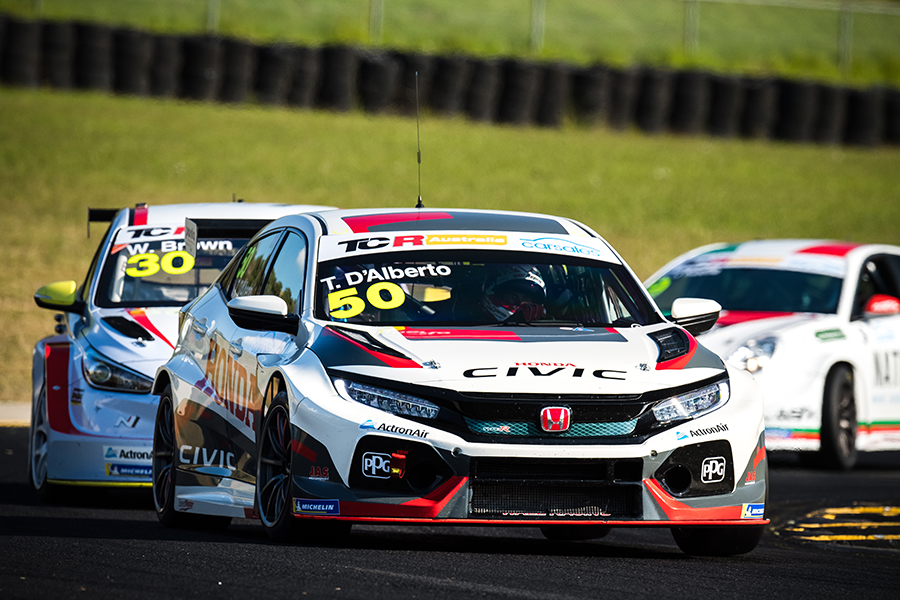 Tony D’Alberto has recommitted to TCR Australia for 2020, following a successful maiden season that yielded a number of strong results and saw him finishing runner up in the championship with his Wall Racing Honda Civic Type R.
The 34-year-old driver scored the series’ very first pole position at Sydney Motorsport Park and was a title contender throughout the year, claiming four podiums on his way to second overall in the series behind Will Brown. D’Alberto will continue in 2020 with the same team and the same car, with technical support from JAS Motorsport.

“I’m excited to be back with Honda and Wall Racing, and we are all aiming to go one better in 2020,” said D’Alberto. “We had a really good year last year. It was one of the most enjoyable seasons I’ve ever had as a driver. The atmosphere in the TCR paddock is great and the competition was really strong. There’s no doubt that the level of competition in TCR is going to step up considerably in the second year. Some of the drivers and cars that have been announced already suggests it is going to be a super competitive series, but that’s what motivates us, so we’re up for the challenge.”