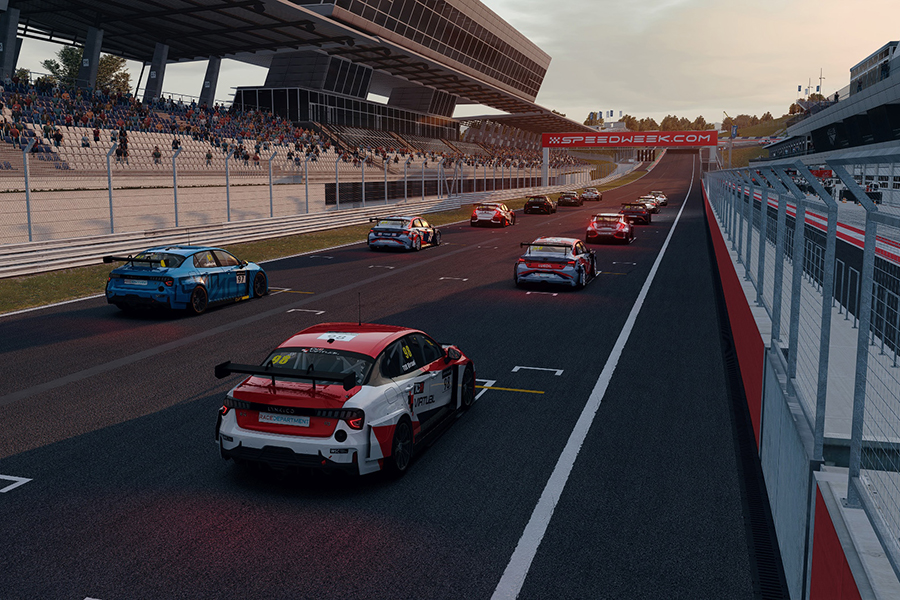 The TCR Virtual Cup Global Final takes place on March 12 at the Racing Fuel Academy in Zurich where the first ever champion will be crowned, winning a test in a real TCR car.

The maiden edition of the TCR Virtual Cup created by the WSC Group in collaboration with RaceDepartment on the Simracing.gp platform attracted nearly 9,000 competitors from 138 countries who took part in 1,014 races held over three months. The competition introduced an innovative and engaging knockout format divided into three continental ‘brackets’ and awarding €10,000 prize money.

TCR Virtual partners – NextLevelRacing and Venym – awarded items to the winners and all the competitors.

From the 25th February all finalists will have the opportunity to test on five racetracks. On March 11th three of these circuits will be selected for the Global Final. The competition format will see a qualifying session and a race for each circuit with points awarded in both sessions. Drivers will compete using the seven TCR models seen so far, but there will also be a surprise to be revealed soon.

The Global Final will be live streamed on TCR and Race Department channels.