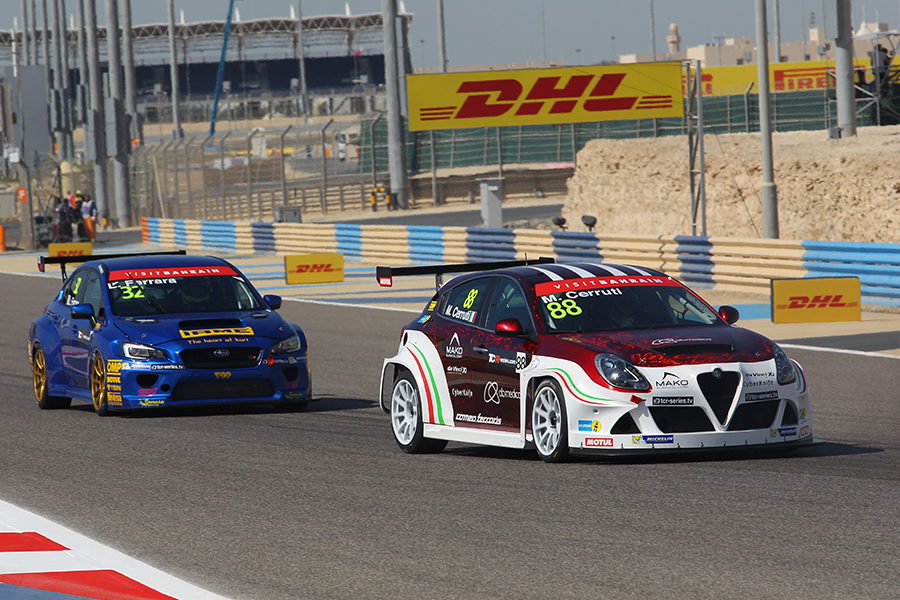 Both Top Run Motorsport and Mulsanne Racing have elected to skip the next event of the TCR International Series that takes place this weekend at Spa-Francorchamps.
The two Italian outfits – that are developing and running a Subaru WRX STi and an Alfa Romeo Giulietta respectively – have chosen to take a break and focus on upgrading their cars.

Top Run team manager Renato Russo explained: “Following the meeting we had in Tokyo with Subaru STi, we agreed on some technical improvements and we were also provided some new parts that are better suited to the TCR regulations. Therefore, bearing in mind the advice we received from Luca Rangoni after the races in Portugal, we have reluctantly decided to skip Spa and produce the maximum effort to run the final version of the TCR car in the following event.”

A press release from Romeo Ferraris engineering company stated: “Our Alfa Romeo Giulietta TCR hit teething problems in the first two events of the season. Problems have been identified and are about to be solved. However we need to check these technical solutions and will do it in the next weeks. For this reason we have taken the hard decision of not racing in Spa and come back in the following events with a more competitive car.”

TCR promoter Marcello Lotti commented: “We know that it takes time to develop new racing cars. The growth of TCR has been so quick that some of the companies that are building them struggle to keep up with the pace. For a team is always tough to elect to skip a race weekend, so these decisions show how much Top Run and Mulsanne are keen to make their cars efficient and reliable. It’s true that we currently lack some cars, but it is clear that the field will be growing as the season goes on.”