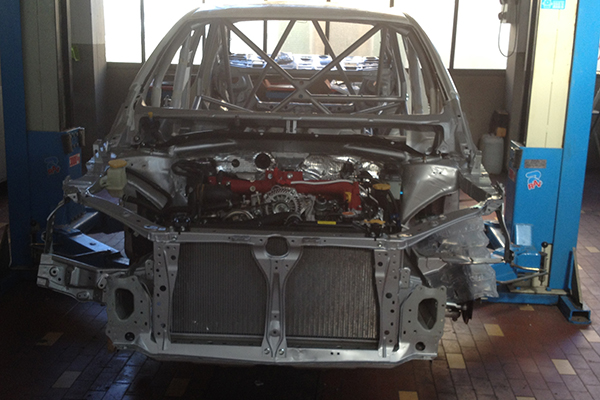 Gian Maria Gabbiani and Roberto Russo are the drivers appointed by Top Run for the development test programme of the TCR-spec Subaru WRX STi.
Gabbiani, 36 years old, has built himself a solid reputation scoring victories in the Italian GT and Touring Car championships; he’s the son of former F1 and Sportscar driver Beppe Gabbiani.
Russo, 56 years old, has always been one of Top Run’s favourite drivers; he claimed a number of wins in the Italian Touring Car Championships with Lancia, Alfa Romeo and Nissan cars.
The first Subaru TCR racing car is currently under construction in the workshop; the engine and all systems have been fitted into the shell, while the carbon fibre parts of the bodywork are due to be received in the next days.
The team expects to begin testing in the third week of August ahead of its debut in the TCR International Series at Singapore.