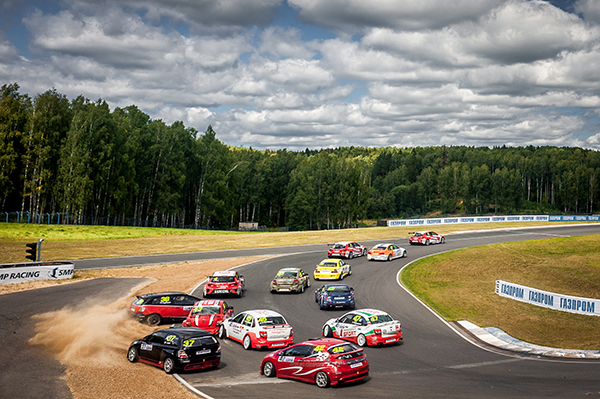 Aleksey Dudukalo continues his domination in the Russian Circuit Racing Series at the wheel of the SEAT León TCR run by the Lukoil Racing Team.
Last weekend at the Smolensk Ring, Dudukalo added two further victories to his impressive tally and extended his lead in the Touring class standings.
Vitaly Larionov’s BMW 320si sat on pole position on the grid for Race 1, but Dudukalo took the lead at the start and maintained it throughout the race, rejecting Larionov’s attempt to overtake him after a safety car period. Dudukalo’s teammates Rustam Akiniyazov and Roman Golikov were classified third and fourth respectively.
In the second race, Dudukalo jumped into the lead during the opening lap; the fight behind him was decided by a couple of contacts that eliminated Larionov and Golikov and resulted in Akiniyazov’s exclusion. This meant that Andrey Yushin (Super Production Honda Civic) and Anton Badoev (BWM 320i E46) inherited the second and third positions respectively.
After five race meetings, Dudukalo leads the championship with 236 points; Larionov (133) and Golikov (131) are in a close fight for the second position.