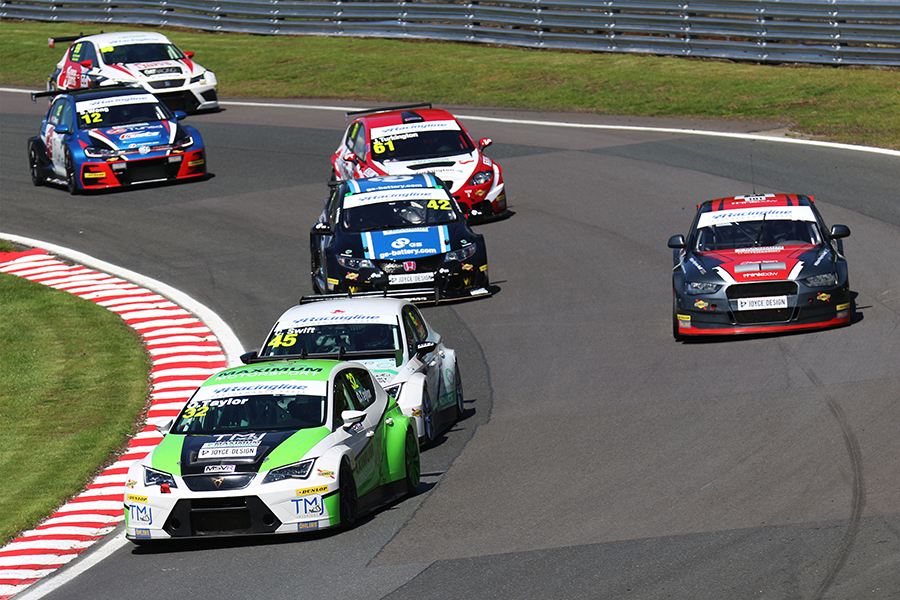 Carl Swift and Oliver Taylor shared race victories in the opening event of the 2019 TCR UK championship at Oulton Park.
Swift inherited the win when Race 1 was red-flagged, following an incident that involved the leading pair of cars. A poor start from pole-sitter Henry Neal (TCT class) saw the two CUPRA cars of Oliver Taylor and Swift pass the Honda. The pair then ran first and second, with Taylor steadily opening up a lead, with the recovering Neal attacking Swift for second place. Neal briefly took second place at the start of Lap 5, but Swift then retook the position. Neal then attacked again and succeeded in taking second from Swift before setting off in pursuit of Taylor who drove a superb defensive race, holding off a series of determined passing moves from Neal until Lap 11 when the pair made contact and Neal took the lead briefly. They swapped positions until they made contact again, with both cars ending up in the barriers. The race was then red-flagged, leaving Swift to take the victory with Sunny Wong finishing on the podium on his TCR UK debut.
In Race 2, Swift started from pole position, but the Success Ballast he picked up following his win meant that he was outgunned off the start line by the TCT Audi of Alex Day; Taylor made up three places to lie in third place behind Swift. On Lap 2, Taylor passed Swift for second and then took the lead two laps later. Swift had been threatening to snatch second position away from Day, but an off-track excursion meant that Neal moved up into third place. Neal resumed the battle he had had with Taylor in Race 1, but the leader was able to keep him at bay until the end. Swift finished third and so left Oulton Park in the lead of the Drivers’ championship.
The next round of the 2019 TCR UK series takes place at Donington Park on June 22nd/23rd