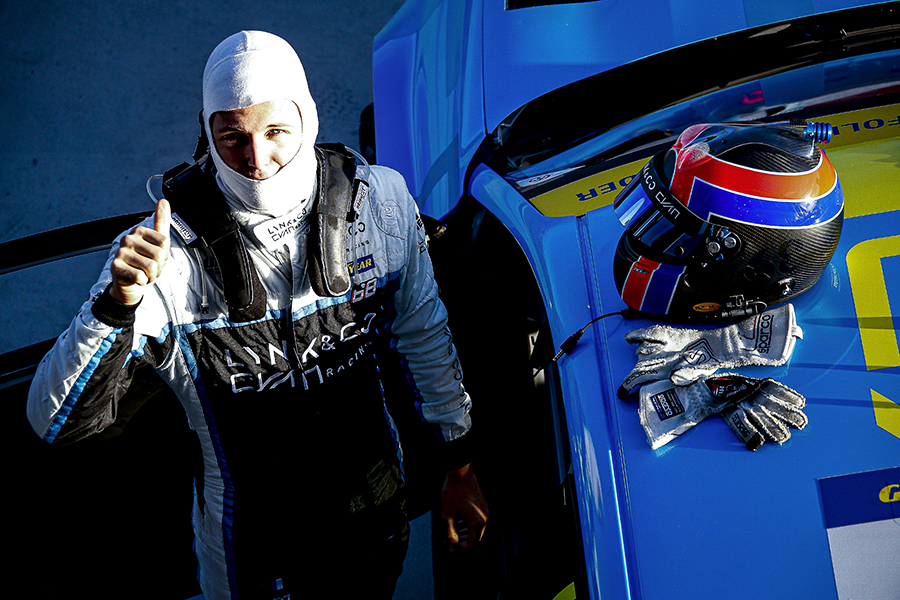 Yann Ehrlacher secured the 2020 WTCR title at the end of the penultimate race of the season. The young Frenchman drove his Lynk & Co car to finish sixth in the second race of the day at Motorland Aragón that was won by his uncle and teammate Yvan Muller. With Esteban Guerrieri retired after an early collision, Ehrlacher’s leading margin in the standings raised to 26 points when only 25 remains for grasp in the final race.
And so Lynk & Co became the first Chinese manufacturer to grab an FIA title.
Muller’s victory and Jean-Karl Vernay’s second place also meant that they closed the gap to Guerrieri in the standings, and so the battle for the runner-up spot in the championship will be decided in today’s Race 3, with Guerrieri six points ahead of Muller and Vernay a further four points adrift.
Muller made a perfect getaway from pole position and led from Norbert Michelisz, Gilles Magnus and Vernay; Guerrieri’s hopes vanished during the opening lap, when he was involved in a series of tail-to-nose crashes in the middle of the field, hit Bence Boldizs‘s car and retired.
Vernay passed Michelisz and Magnus, moving into P2, but despite his efforts was not able to close the gap to Muller. Behind the leading duo, Magnus and Azcona had a close fight for P3 that eventually saw the Spaniard overtaking the Belgian on the last lap. Further back, Ehrlacher sailed cautiously in a sixth position that granted him the title.
The race was disrupted by the safety car in laps 9 and 10 after the engine of Néstor Girolami’s car had sprayed oil on the track.
Race 3 starts at 15:15 CET, with Urrutia starting from pole position and Ehrlacher alongside him.