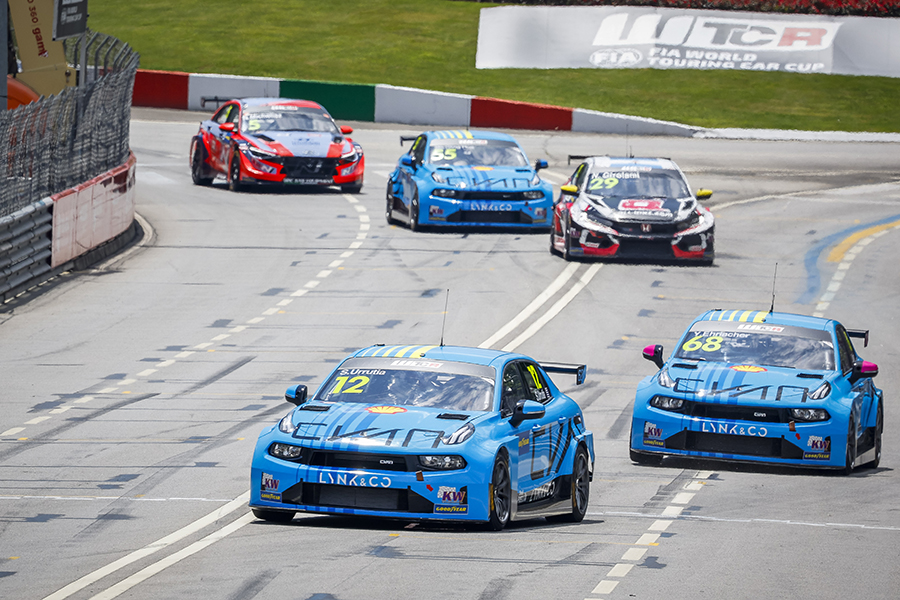 Santiago Urrutia and Yann Ehrlacher dominated the first WTCR race at Vila Real, easily controlling the rest of the field; this was the second win of the season for the Uruguayan. With the points leader Mikel Azcona finishing eighth in the race, Urrutia moved into second in the standings, only six points behind the Spaniard, while Ehrlacher lies in third position a further six points adrift.

Urrutia and Ehrlacher led the field at the start from their positions on the front row of the grid; they were followed by Néstor Girolami, Ma Qing Hua, Norbert Michelisz, Mehdi Bennani, Rob Huff and Azcona. During the first lap, Yvan Muller and Gilles Magnus came together and both had to pit for repairs.

In lap 6, Thed Björk hit the back of Azcona’s car, and they made contact again, risking collecting Attila Tassi. In lap 9, Björk and Azcona clashed again, and the latter dropped from ninth to 11th behind Tassi and Tiago Monteiro. One lap later Björk collided with Bennani and limped back to the pits, which promoted Tassi to eighth ahead of Bennani and Azcona.

At the same time, Ehrlacher handed the leadership to Urrutia obeying team order. The Lynk & Co drivers finished 1-2, with Girolami completing the podium ahead of Michelisz, Ma and Huff.

Tassi was given a five-second penalty for track limit infringements and so dropped from seventh to ninth, behind Bennani and Azcona.

The second race of the day takes place at 17:15 local time (18:15 CEST), with Muller starting from pole in his Lynk & Co, alongside the Honda Civic of Tassi.