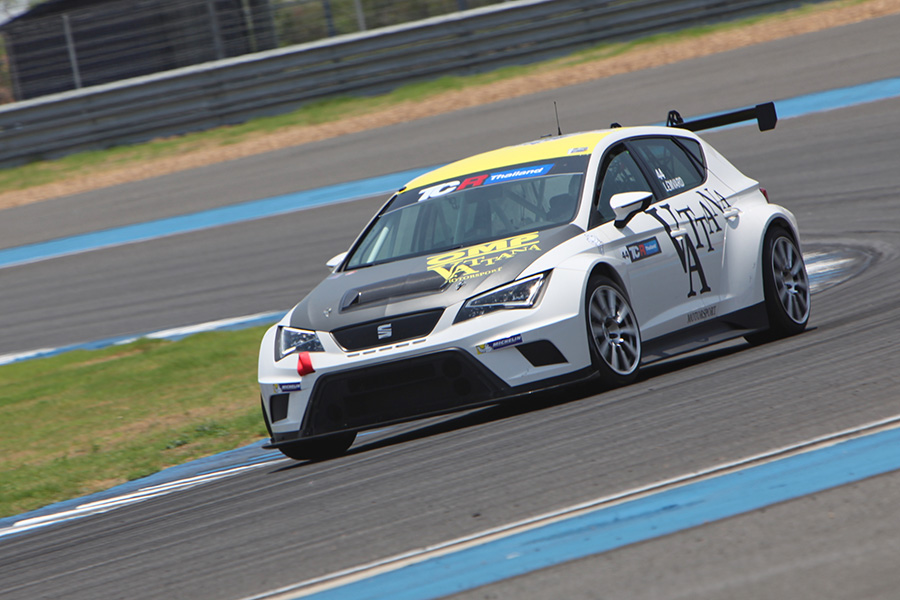 The TCR Thailand got underway this afternoon for its inaugural event at Buriram’s Chang International Circuit. After the drivers took part with due caution in a practice session, the qualifying that followed was enlivened by the expected fight between the two most experienced racers of the pack: Jack Lemvard and Carlo Van Dam.
On his first lap out of the pit, Vattana Motorsport’s Lemvard banged in a lap of 1:45.973, and went straight to the top of the timesheets at the wheel of his SEAT Léon, more than a second clear of the next best driver, Chen Jian Hong.
Ten minutes of the sessions had expired before van Dam appeared in the Singha Motorsport Team Thailand SEAT Léon, but he immediately clocked a provisional pole of 1:45.502. Behind them the two Krating Daeng SEAT cars of Grant Supaphong and Chen Jian Hong were lapping in the low 1:47s.
As it was quite clear that the fight for the pole was their private affair, Lemvard attempted to improve his time, but to no avail.
Chen Jian Hong qualified in third position (1:46.858), with Grant Supaphong in fourth (1:47.668) and Paritat Bulbon in fifth (1:48.488).
The first race will start Saturday at 14:20 local time (9:20 in Central Europe).