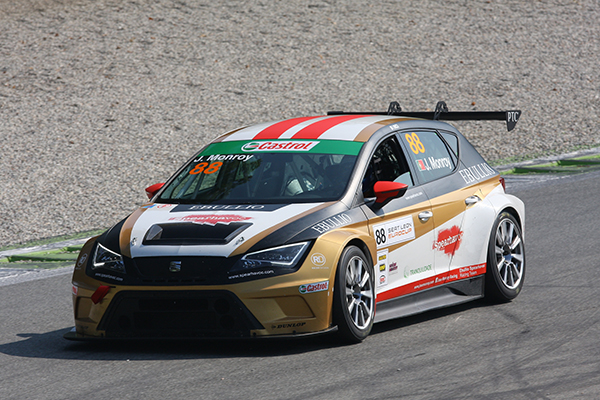 Portugal’s Veloso Motorsport joined the TCR International Series for this weekend’s in Algarve. The team runs two SEAT León cars for José Monroy and Francisco Mora.
Monroy is one of the most experienced and successful Portuguese driver in Touring Car competitions. A race winner in the National series, he was able to clinch the Portuguese Touring Car Championship in 2008 at the wheel of a Mitsubishi Lancer. Recently he has competed in GT racing driving a Lamborghini Gallardo and the SEAT Eurocup.
The 18-year old Mora is now in his third season in automobile sports after a couple of successful years in karting. In 2014 he took part in a number of GT races at the wheel of Mercedes SLS AMG, ranking a brilliant fourth in the Pro-Am Trophy of the Blancpain Sprint Series.