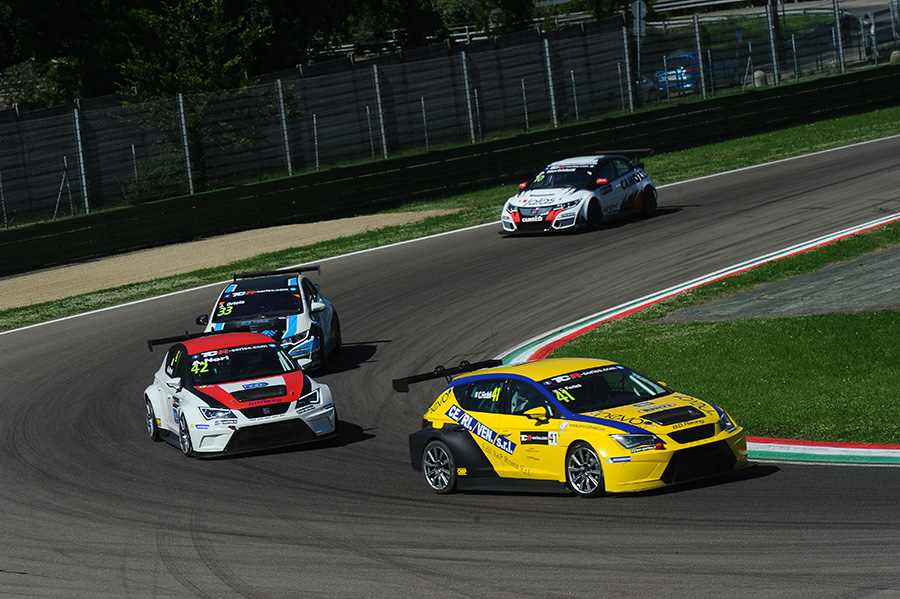 Jean-Karl Vernay was stripped of his sixth place in today’s Race 1 after the Stewards imposed him a double penalty for not respecting the track limits and for causing the incident that eliminated Dušan Borković.
This dropped the Frenchman down to 12th and promoted a number of other drivers, including the B.D. Racing pair of girls: Carlotta Fedeli and Alessandra Neri.
Even without Vernay’s penalty, Fedeli would have pocketed one point for her tenth place, but she was eventually promoted to ninth and scored two.
As for Neri, who was also commentating the race live from the inside of the cockpit on SKY Italia Formula 1 HD channel, she advanced to tenth and scored as well.
Considering how many drivers, with much more experience than them, ran into troubles in today’s races, the two girls deserved the respect of the paddock.