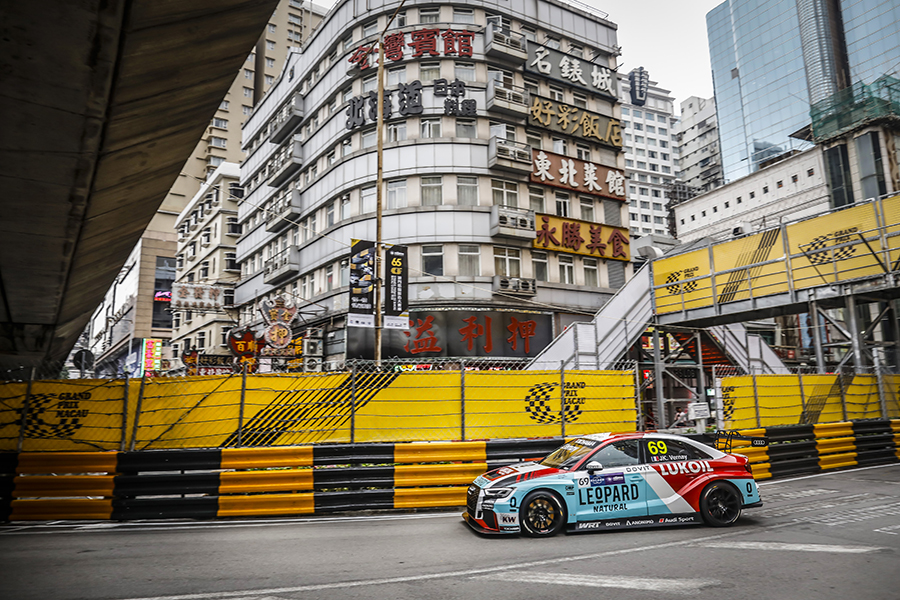 Jean-Karl Vernay took an authoritative victory in the WTCR first race at Macau; it was the fourth for the 2017 TCR International Series champion during the current season and helped him to move up to third in the Drivers’ classification behind Gabriele Tarquini and Yvan Muller who are the only ones still in contention to be crowned champion.
In fact, by finishing second behind Vernay, Muller has recovered six points and closed the gap from Tarquini to 33, with 55 still on offer in tomorrow’s races.
At the start, Rob Huff sprinted from the pole, but Muller and Vernay overtook him on the way to the Lisboa bend; the leading trio was followed by Tarquini, Norbert Michelisz and Esteban Guerrieri.
A collision between Mehdi Bennani and Frédéric Vervisch involved a bunch of other cars and prompted the safety car into action for two laps, but at the end of lap 5 the race was red-flagged after Gordon Shedden crashed at Maternity bend and blocked the track.
The race resumed behind the safety car with 4 laps to go; Vernay was chased by Muller and Huff, while Tarquini and Michelisz followed in fourth and fifth.
The positions froze, despite a couple of close fights, between Michelisz and Guerrieri for fifth and between Timo Scheider and Luigi Ferrara for eighth, as they both scored their first points.
Races 2 and 3 will follow tomorrow morning at 8:20 and 11:00 local time (1:20 and 4:00 CET).