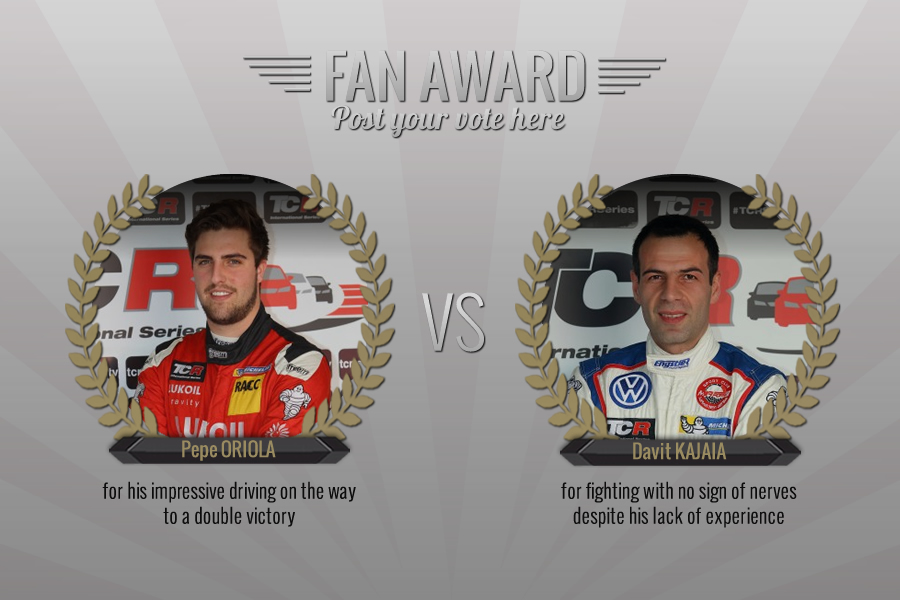 Fans of the TCR International Series will may now vote for Pepe Oriola or Davit Kajaia on the home page of the website.
Following the season’s opening event at Bahrain International Circuit, a panel comprising of the International Series’ Promoter and the promotional and media team has named the candidates with the following motivations:
Pepe Oriola: for his impressive driving on the way to a double victory
Davit Kajaia: for ‎fighting with no sign of nerves despite his lack of experience

Scroll down the home page and post your vote now!
You will immediately see the percentage of each candidate after your vote.

Voting is possible until midnight of Tuesday, April 5. The final results will be shown on the website on the following day.