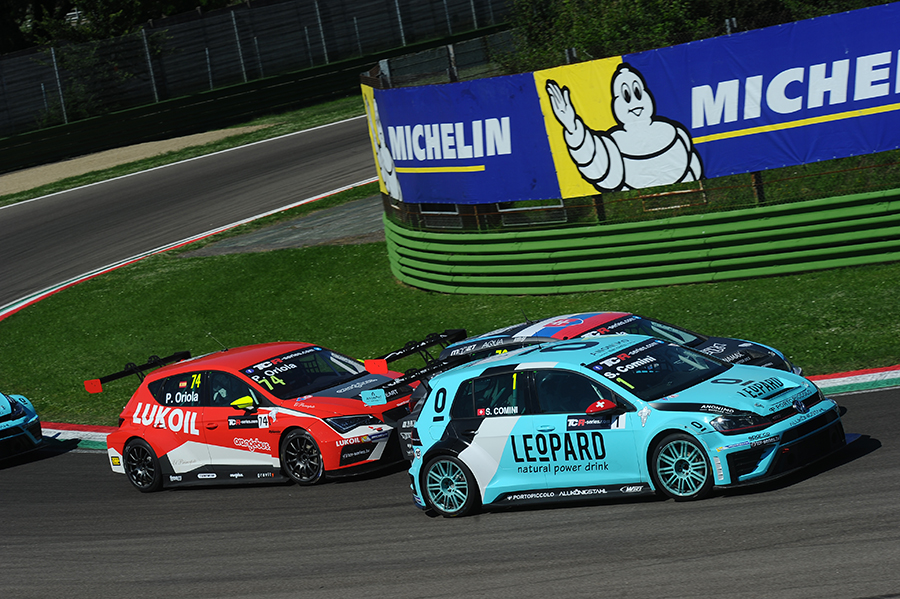 The masterful overtaking manoeuvre with which Stefano Comini stole third place from Pepe Oriola at the double Rivazza bend during Imola’s Race 2 will surely remain among the highlights of the current season.
That, along with the victory the Swiss driver had previously claimed in the first race, was instrumental in the final result of the Hawkers Fan Award that saw Comini beating Race 2 winner Mikhail Grachev by 58.1% to 41.9%.

A delighted Comini commented: “This awards means a lot to me, because I have always tried to entertain the fans while I’m racing. It may sounds odd, but in Imola the second race gave me more satisfaction than the first one because of that overtaking manoeuvre. I felt that I had accomplished the task and treated the fans to a good show. Winning the Hawkers Fan Award has been the icing on the cake of a great weekend for me.”

The Imola results revived Comini’s ambitions to retain the TCR International Series title, as he now lies second in the Drivers’ Championship, 15 points behind Pepe Oriola.