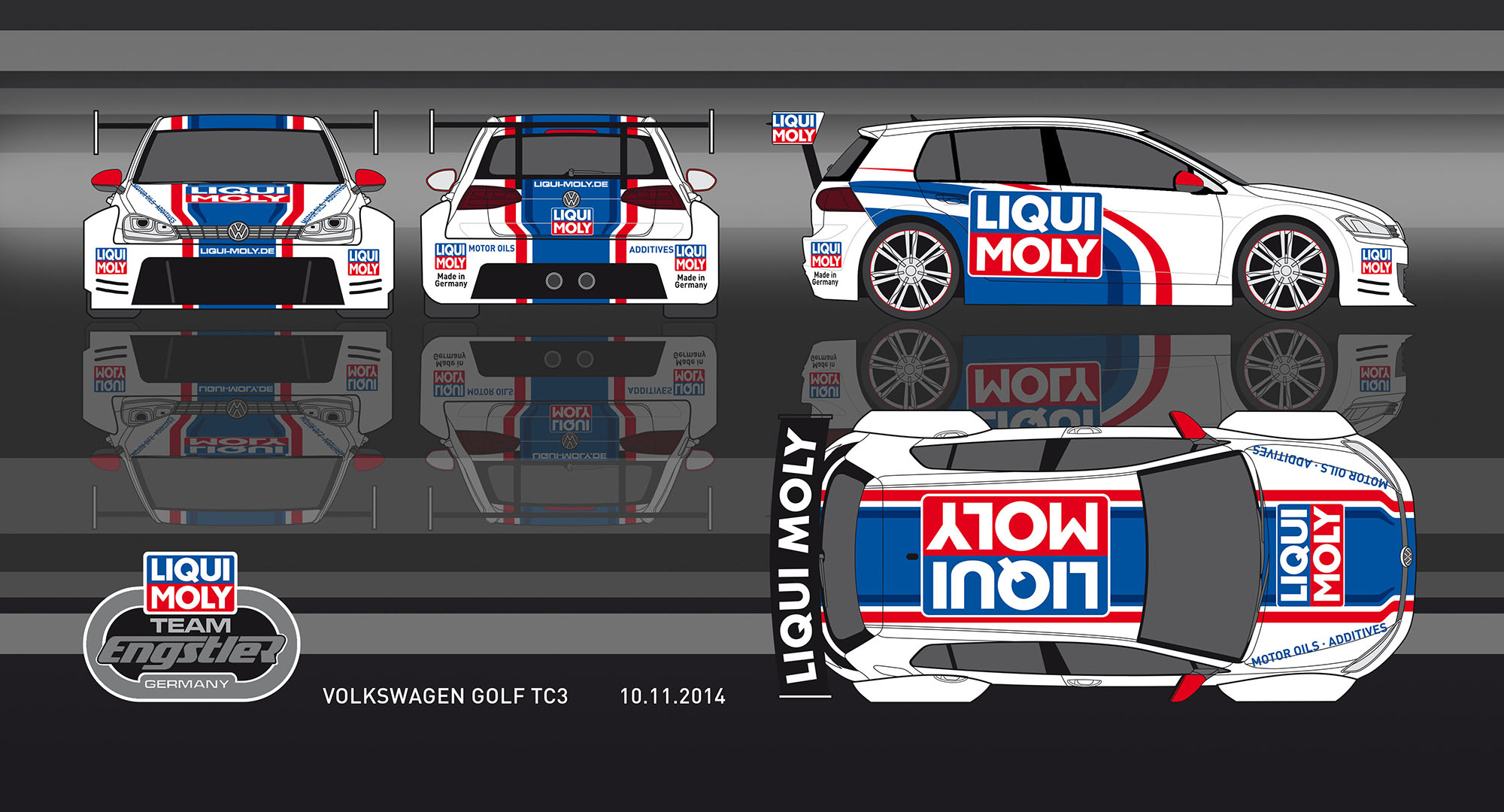 The LIQUI MOLY Team Engstler announced its participation in the new TC3 International Series from 2015 with Volkswagen cars.
After running BMW vehicles for several seasons in WTCC and ETCC, the German outfit will make the switch to three Golf GTi cars.
"We are going back to our roots: a racing series consisting exclusively of independent drivers, with equal chances for all teams. A series in which the drivers’ skill can make the difference," said Peter Baumann, Marketing Manager at LIQUI MOLY. “Racing is for us the best marketing tool, which allows to invite customers and introduce our brand. TC3 has a special focus on Asia, which is where our business is growing at the fastest rate."
Team principal Franz Engstler is also excited: "It is something very special to be one of the founding teams in a completely new racing series and is fantastic that our long-term partner LIQUI MOLY supports us in this new adventure."