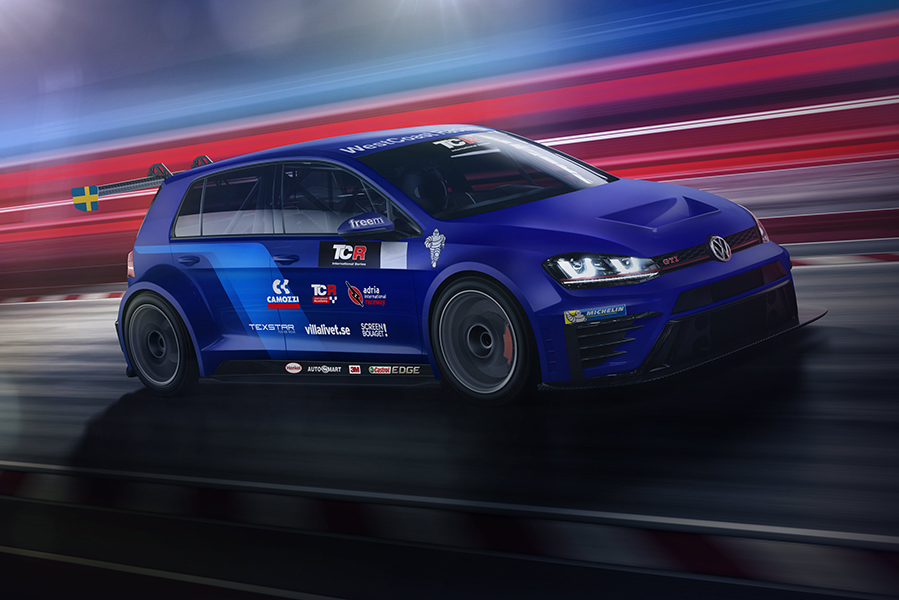 WestCoast Racing will campaign two Volkswagen Golf GTi TCR cars in the 2017 International Series, for the Italian pairing of Gianni Morbidelli and Giacomo Altoè.
The Swedish team has been a successful front-runner in the series since its inception in 2015 taking 14 race wins in the first two seasons with Honda Civic cars.

Team Principal Dick Jönsson Wigroth explained the thinking behind the switch of manufacturer: “We decided the time was right to take the opportunity to make the switch to Volkswagen which took the Championship in 2016. We had a number of options and thought long and hard about which manufacturer would offer the best chance of a WestCoast Championship and chose the Volkswagen as we believe it offers the best overall package.”

Morbidelli is facing his third season with the team: “I’m really happy and excited to stay with WestCoast Racing. For this year, we have big expectations and the pressure that comes with that. We’re running a new car and we all have to get up to speed as soon as possible.  I’m glad to be back, after two seasons I know the potential and the guys. Overall I’m looking forward to it!”

The 16-year old Altoè is also looking forward to his new challenge: “The team has a lot of experience in Touring Cars. I really like the atmosphere, everyone is very professional and friendly, so I’m really happy to join them. My goal for the season is to learn as much as possible. I know Gianni well, he’s very experienced and I hope with him as a teammate in WestCoast we can make of my first year in Touring Cars a success!”