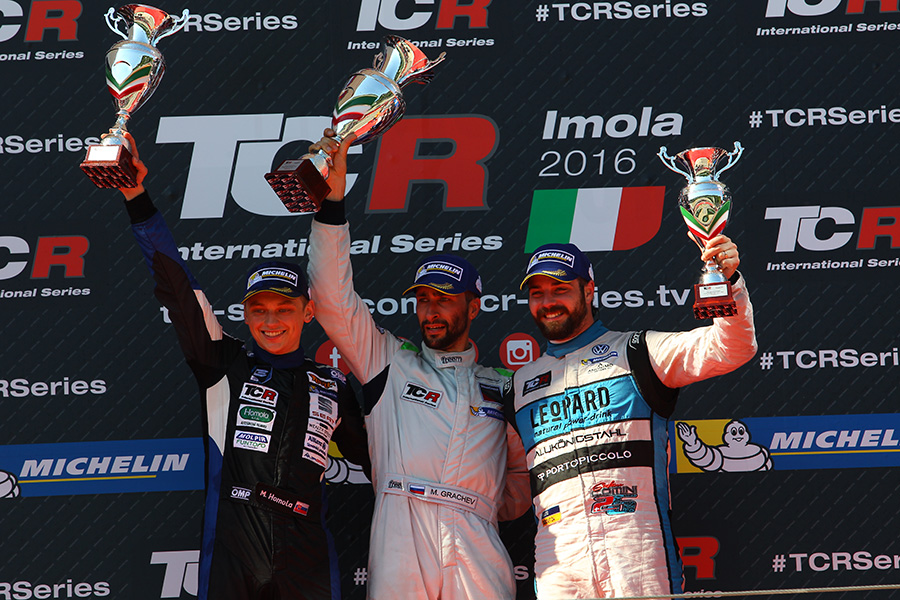 What the Imola race winners had to say

Stefano Comini, Race 1: “The most important thing about this victory was from Leopard Racing. They did an incredible job with the Volkswagen; now the car is competitive. To win here in Imola is like winning at home, since Lugano is really nearby. The race was quite perfect – I managed my tyres as I didn’t want to stress them too much, the car was consistent and I think I did a perfect job. It’s good for me, good for Leopard and good for the Championship because I was the Champion last year and I want to be Champion again this year. The fight with Pepe was very fair and quite fun. I wanted a little more combat with him, but I was faster as I think he had stressed his tyres. I wanted more of a show for the people watching at home and the people here in Imola.”

Mikhail Grachev, Race 2: “I am very, very happy with this victory. I’m afraid I don’t have the words to say how happy I am, as I’m not used to saying this! I will have to learn some more English words, I think. The deal for me to drive the Honda was quite late in being done, so I have to thank WestCoast Racing for all their hard work and for welcoming me. We had a problem with the car after we tested, so they had to put in a lot of work to fix the problem. I want to thank them and say well done to the team for this result. It was somehow strange to chase what was my car until the previous race, but it made things easier because I know it well and figured out where and how to overtake it.”