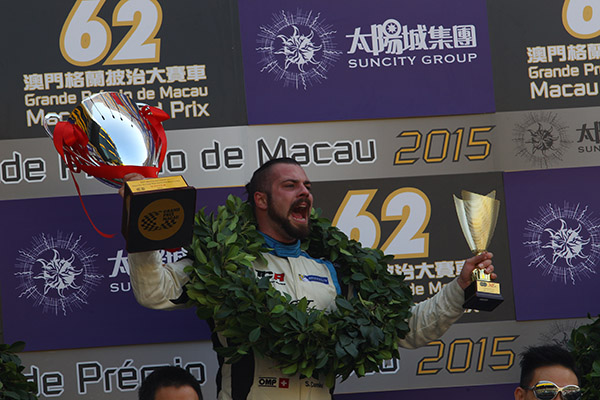 What the race winners had to say

Stefano Comini, winner of Race 2 and TCR champion: “I have no words, it’s a very special moment for me: winning at Macau and clinching the first TCR title... What can I say? Unbelievable… Both races were very tough. In Race 1, I was caught in a sandwich between the two Bamboo cars, with Gené holding me, and Pepe Oriola putting the pressure. It wasn’t that easy. In Race 2, Pepe kept on with the pressure, I think he got a little bit stressed with the point situation, but I always stayed in front of him. I knew that second in Race 2 was enough for me to claim the title, but I really wanted to win at Macau and when I saw that Huff was out of the race at the start, I really though I should have a go…”

Rob Huff, winner of Race 1: “First of all, my congratulations go to Stefano for winning the championship, he is a worthy first TCR Champion. For me a day of mixed feelings, but I came here seeking for an eighth win at Macau and got it. Start of Race 1 was touchy, with three cars abreast down to the Lisboa. I had a title contender at each side, and didn’t want to interfere, but also being in the middle, I was in the best position for the first braking. After that, things got easier. In Race 2, again the start was quite touchy, but this time it looked there wasn’t enough space for two, and everything went wrong. That’s Macau…”