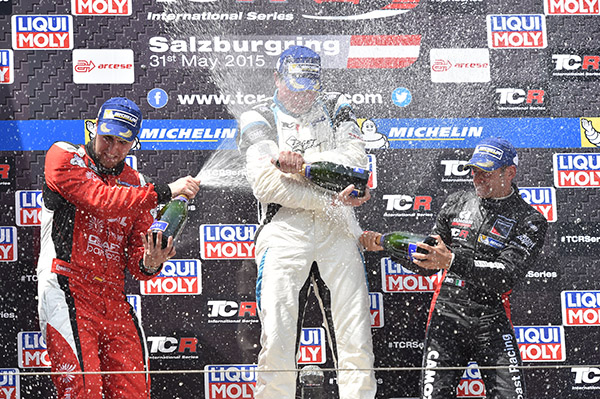 What the race winners had to say

Kevin Gleason, winner of Race 1: “I am really happy. After two poles, a second and a third, I really wanted this first win badly. Luckily, I had a very good start in Race 1, which here is absolutely crucial, as we saw in Race 2, and was able to stay ahead. I tried to be as clean as possible to keep the gap and I think I did it OK. The only concern was Comini, who was quite close during the entire race and was very fast in the third sector, but I could defend well and rebuild a little gap on the straight at every lap.”

Michel Nykjær, winner of Race 2: “It’s great to win my second race of the year and to do it here at the Salzburgring, which seems to be a very special place for me. I have won here every time I came, regardless of the championship, and I really like the track. Race 1 was spoiled by a contact and I preferred to stop not to risk further damage for Race 2. My start wasn’t the best of all, but still I could keep the advantage at first corner. My team mate Belicchi was behind me and he pushed hard, but always in a sporting manner, then he got surprised by oil on the track, which was unlucky for him but gave me breathing space.”