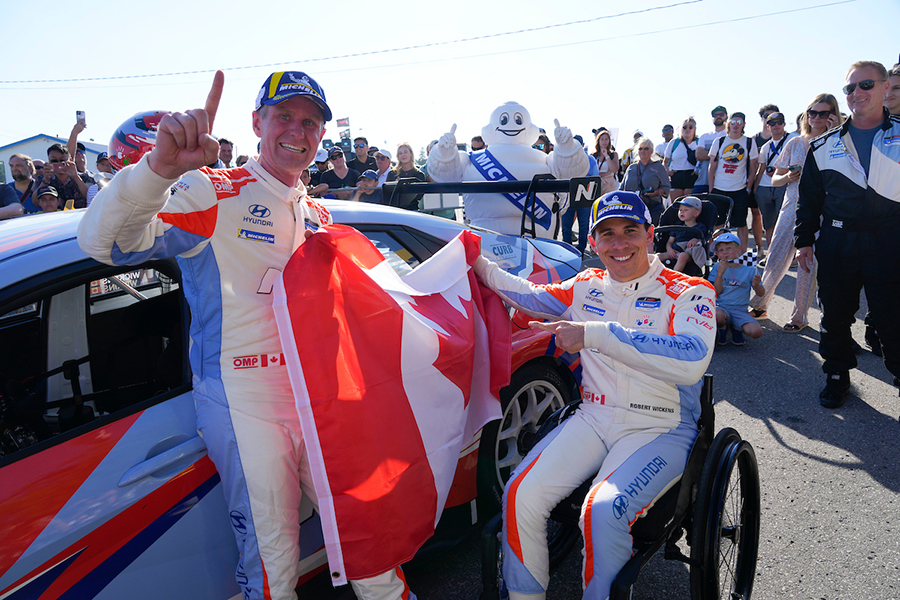 Wickens and Wilkins win again in their home event

“It’s been a fairytale, really,” Wickens said. “The win at Watkins felt very deserved. We’ve worked hard. We’ve been there every race this year. It finally clicked when we got that win. We thought, ‘Let’s take this momentum into our home race.’”

The winning #33 Bryan Herta Autosport-run Hyundai Elantra N started from the back of the 14-car TCR field, because Wickens had missed the Qualifying session to fly to Indianapolis for the birth of his son. However, thirty minutes into the two-hour race, Wickens had moved into third place; then Wilkins took the lead on a restart with twenty minutes left and went on to prevail in a podium sweep for the BHA Hyundai cars.

Michael Lewis finished second – just 0.522 seconds behind Wilkins – in the #1 Elantra he co-drove with Taylor Hagler, while Harry Gottsacker was third in the #98 Elantra he shared with Parker Chase.

Lewis and Hagler reclaimed the points lead by 40 over Roy Block and Tim Lewis in the #5 KMW Motorsports Alfa Romeo Giulietta Veloce TCR; Wickens moved into a third-place tie with Gottsacker and Chase, 90 points out of the lead.