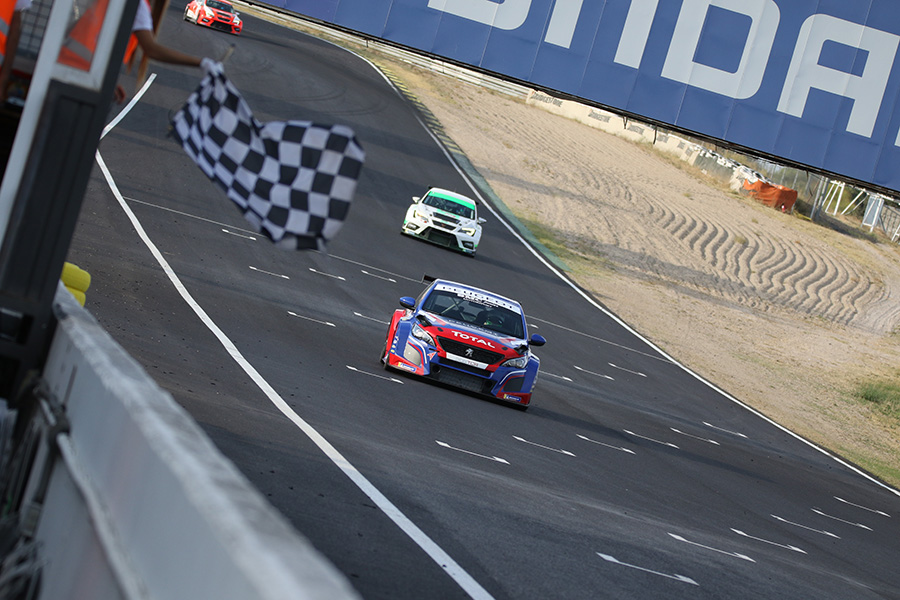 Winning debut in the CER for the Peugeot 308

Enrique Hernando and Gonzalo de Andres drove the SMC Junior Motorsport Peugeot 308 to a victorious debut in the Campeonato de España Resistencia against a pack of Cupra cars.
Two months after the previous event at Navarra, the series’ fourth race meeting took place at Jarama, where the TCR cars competed against the GTs in two one-hour races.
Hernando and Gonzalo scored a double victory in the TCR class, finishing seventh overall in Race 1 and an outstanding third overall in Race 2, one minute behind the winning Mosler.
In the first race Hernando and de Andres were followed by the Baporo Motorsport Cupra DSG of Joan Vinyes and Jaime Font Casas that crossed the line 34 seconds behind them, while the podium was completed by the PCR Sport Cupra DSG driven by the father-and-son pair of Ferrán and Fernando Monje a further 19 seconds adrift. In the fight for third, the Monjes beat Alba Cano’s Monlau Competición Cupra DSG by just 176 thousandths.
The SMC Junior team had a tougher life in Race 2 as they were closely chased by the RC2 Junior Team SEAT León of David Cebrián-Max Llobet and the Baporo Cupra of Vinyes-Font; eventually Hernando and de Andres managed to win by a slim three-second margin over Cebrián-Llobet who preceded Vinyes-Font by another three seconds.
Cebrián-Llobet lead from Vinyes-Font also in the championship standings by one mere point, ahead of the CER’s final round that will be held at Barcelona’s Circuit Catalunya on November 10/11.