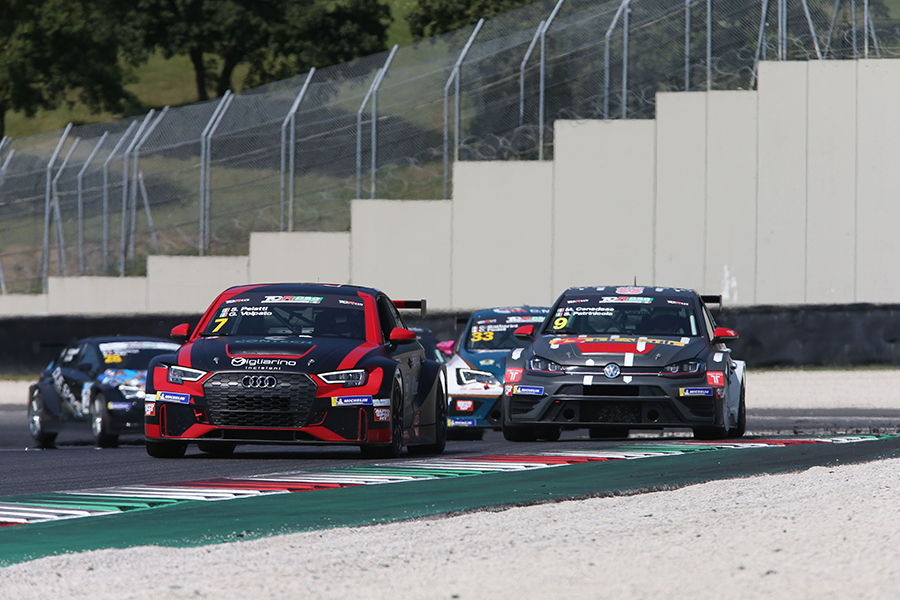 TCR concept owner, WSC Group, has said it’s very pleased with the development of the new TCR DSG Europe endurance series, which announced its first high-profile driver signings for the new season today.
The two Italian teams RC Motorsport and NOS Racing will compete in an alliance this year, running Volkswagen Golf GTI TCR DSGs for Carlotta Fedeli, Cosimo Barberini, and Gabriele Giorgi. Fedeli and Barberini were front-runners in last year’s TCR DSG Italy championship, and next week another wave of entries will be announced, with a strong level of competition anticipated in the new-for-2020 series.

“We’re pleased to see that the series promoter is doing an excellent job working on the new series and its development with the teams. Especially considering all the problems that resulted from the Covid-19 lockdown and restrictions,” said WSC Group CEO Marcello Lotti. “The launch of the European series answers the existing demand from a number of competitors who continue to race DSG touring cars. And we’re also very happy because the Volkswagen Group continues to offer technical support and parts to those teams.”

“But the most important thing is that there is a growing interest for DSG cars, which can be run for a limited budget and offer a mix of performance and reliability which is well-suited to endurance racing,” Lotti added. “An interest that is pushing other car manufacturer to develop DSG versions of their TCR racing cars. We are not ready to say who they are, but this will be unveiled soon.”

“For all these reasons, WSC Group strongly backs this programme, and we’ll use all our promotional and communication tools to promote the TCR DSG Europe series,” Lotti concluded.

The TCR DSG Europe series will be promoted through the same media and marketing networks as the successful TCR Europe series, and the races will also be streamed online on the TCR series’ YouTube and Facebook channels.