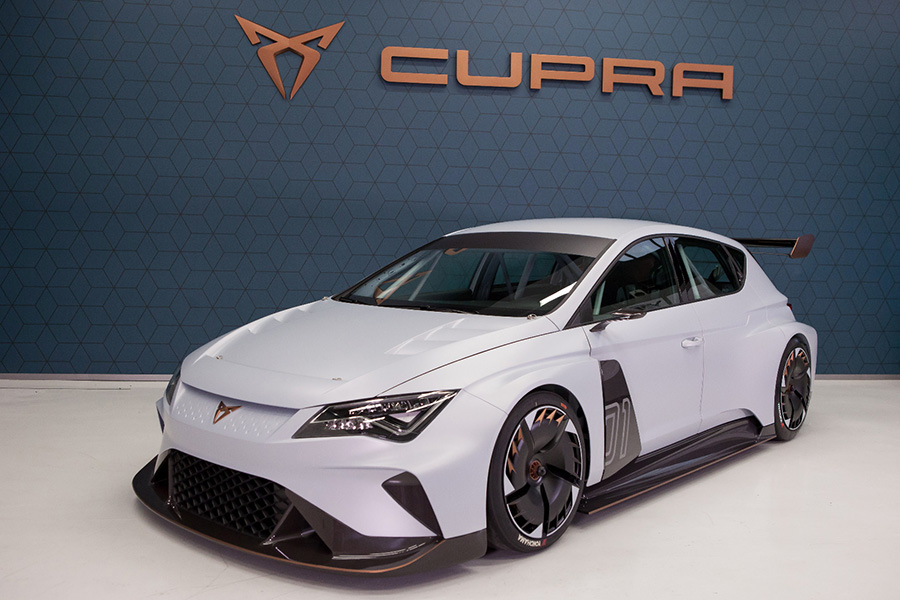 The E TCR-branded power unit of motor, gearbox and inverters, together with the battery pack, will form a common package that will be distributed by WSC Technology and can be fitted into the chassis and shell of different models of cars, including the current TCR racing cars.
WSC Technology plans to organize promotional and media events during the 2018 season before launching a racing series.

WSC Group President, Marcello Lotti explained: “First of all, we wish to thank SEAT for embracing the concept and building the CUPRA e-Racer, which is the first car totally in compliance with the E TCR Technical Regulations. Why E TCR? Because our Group feels to have a sense of responsibility towards the whole Touring Car racing scene and so consequently could not ignore the trends of developing new technologies. We will be working on the same technical principles that made TCR so successful, with the aim of creating a platform for this new configuration.”

WSC Technology CEO, Maurício Slaviero said:“After spending several years in Touring Car racing, the E TCR project represents for me a fresh and exciting challenge. I’m very much looking forward to developing this new series for electric racing cars. We will need to work hard, especially in the start-up phase, but I’m thrilled to be part of TCR’s big family.”

Jaime Puig, CUPRA Director and Head of CUPRA Racing added: “We are delighted to present the CUPRA e-Racer at the Geneva Motor Show. Developing an entirely new car, with a technology new to us, has been an exciting challenge. While we clearly sought externally the specialized competence we needed, we are proud of having achieved this project entirely at CUPRA Racing and of playing a pioneering role in the E TCR concept, just as we did in the TCR process with the SEAT León TCR. The new E TCR is a real revolution, which not only will lead to a new breed of racing Touring Cars but will also challenge the motorsport community to rethink Touring Car racing completely.”

Antonino Labate, CUPRA Director and Head of CUPRA Strategy-Business Development and Operation concluded: “Being the pioneers of such an important project is a great opportunity for CUPRA. Beyond E TCR, our CUPRA e-Racer is the first milestone towards CUPRA’s firm ambition to establish and lead a new vision of motorsport and racing, on and off the circuits. Racing is the core DNA of the CUPRA brand and as such, is at the epicentre of the CUPRA world and strategy.”