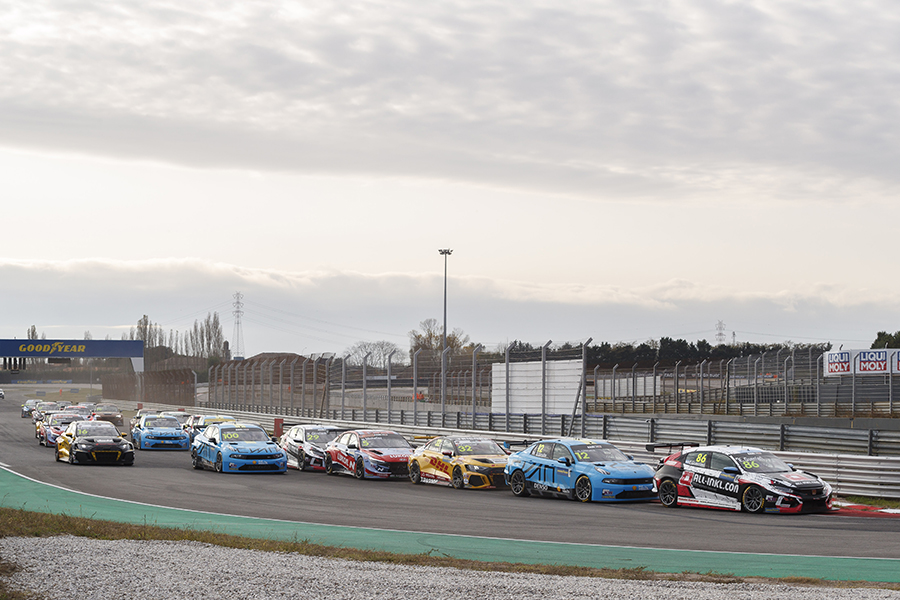 Yann Ehrlacher aims for retaining the WTCR title at Sochi

The reigning WTCR champion Yann Ehrlacher aims for retaining the title in the season finale at Sochi Autodrom.
The French driver has claimed his second victory of the season, two weeks ago at Adria at the wheel of his Lynk & Co 03, stretching his lead to 36 points over Frédéric Vervisch, while Esteban Guerrieri lies third one further point adrift.

“I’m not thinking too much about the title, but we are in a quite a good position and it would be good to win back-to-back titles, which has never been done before in WTCR. I have been in this position last year I know a little bit more how to manage the pressure. It doesn’t mean it’s easier, but it means I know where to go. I just feel lucky to be in a position to win the title again, so I’ll go flat out and make the best out of it,” Ehrlacher said.

Vervisch (Comtoyou Racing, Audi RS 3 LMS) has claimed to race wins, just like Ehrlacher, while Guerrieri (Münnich Motorsport, Honda Civic Type R) has not taken any victory so far.
With 60 points at stake in Russia, three other drivers are mathematically still in contention: Santiago Urrutia, Yvan Muller and Jean-Karl Vernay who have gaps of 44, 50 and 55 points respectively. However, as Urrutia and Muller are Ehrlacher's teammates at Cyan Racing, their priority will be to support him and will only have a shot at the title in case the leader runs into troubles. As for Vernay, his chances are purely theoretical.
The event in Sochi will also mark Gabriele Tarquini's farewell to Touring Car competition after a long and successful carreer, and the Italian driver will be keen to end on a high.
Another topic of the weekend is the WTCR debut of LADA Sport Rosneft on their home ground. The Russian team will run two LADA Vesta Sport cars for Kirill Ladygin - who has recently clinched a second consecutive TCR Russia title - and Mikhail Mityaev.

Team principal Vladislav Nezvankin said: “For our team this participation will be an excellent practice at the international level. It will allow our drivers and the whole team to gain new valuable experience and become even stronger.”