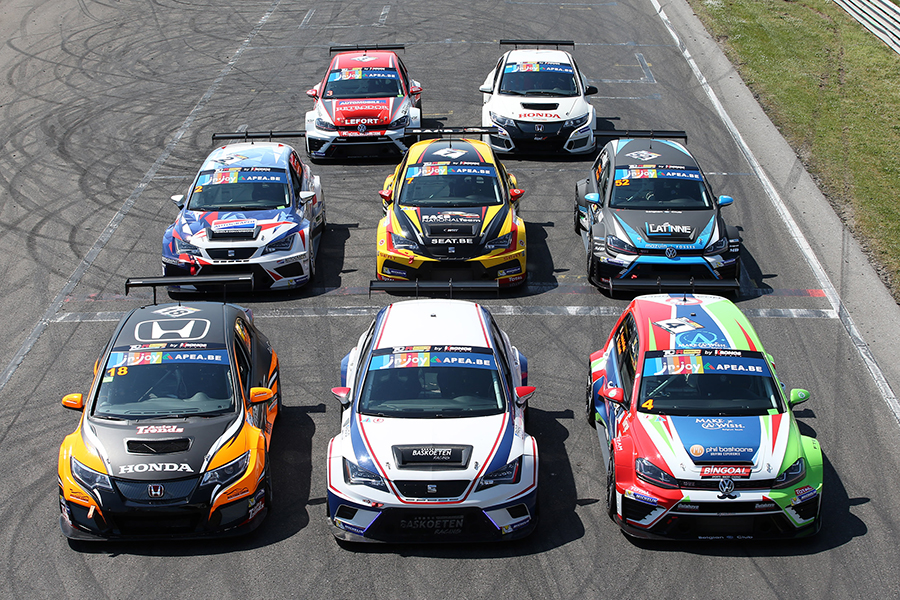 TCR Benelux was officially launched today during a Press/Test day at Circuit Park Zandvoort in the Netherlands.
The press conference was attended by drivers, team managers and media representatives from Belgium, Netherlands and Luxembourg.
Mark van Dalen and Claire Dubbelman of Kronos Events presented the season and explained the sporting format of the series that will get underway next week at Spa-Francorchamps (21/22 May) for the first of six events, at each of which the drivers will compete in one Qualifying race and four Sprint races.
To go into details, the Qualifying race will last 60 minutes and its grid will be decided by the voting on the ‘Make the Grid’ application that is integrated in the championship’s facebook page (http://dir.re/c236440d4e9d2b4381cd). So far 1755 users have already logged in the ‘Make the Grid’ application.
A compulsory pit stop must be made between the 25th and the 35th minute.
The four Sprint races will last 20 minutes each. The grids for Race 1 and Race 3 will be determined on the basis of the fastest laps set during the Qualifying race (after and before the pit stop respectively). At the end of Race 1 and Race 3, the cars will be regrouped by the leading car for the rolling starts for Race 2 and Race 4.
It is compulsory that two drivers share the same car during the events; only amateur drivers may be authorized to drive alone.