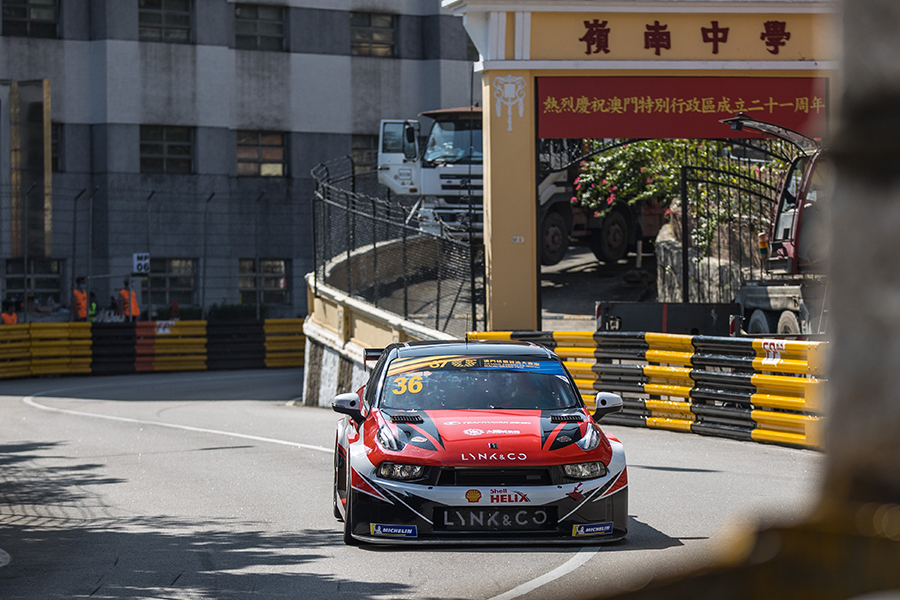 Jason Zhang Zhi Qiang has been confirmed as the winner of Sunday’s TCR China’s Race 2 at Macau following a 30-second penalty given to MG driver Rob Huff, leading a Teamwork Motorsport 1-2, with Sunny Wong second, and Lo Sze Ho completing the podium.
Huff had originally won the race ahead of Zhang and Huff’s MG XPower teammate Andy Yan, but Huff was found guilty of causing a collision with Ma Qing Hua on lap two at the Mandarin bend and was handed a 30-second penalty post-race.
Yan was also penalised, after the Hong Kong driver was deemed to have passed Sunny Wong’s Lynk & Co at Lisboa after the safety car boards had been displayed for the Huff/Ma incident, with Yan also given a 30-second penalty.
This promoted Wong to second position, and the Maximum Racing Honda Civic TCR of Lo Sze Ho to third in the final classification.